The U.S. Lighthouse Society’s Board of Directors has selected 35 lighthouse organizations to receive grants to assist them with their business operations in 2021, given the continued impact of the pandemic on visitation and traditional revenue sources. We are proud to present this year's recipients:

The Anclote Key Lighthouse produced this video
with their USLHS Preservation Grant!

2020 has been a tough time for all of us. The financial hardship caused by this pandemic has slowed travel and tourism, making it so much harder for lighthouse groups dependent on gate receipts for most of their operating budgets – to share the legacy of the lights they work to preserve.

Since its inception, the United States Lighthouse Society lighthouse preservation grant program has awarded funds to many not-for-profit lighthouse organizations across the nation, all designed to help restore or preserve the lights we all love – what is commonly referred to as “bricks and mortar” projects. This year, in light of Coronavirus, we took a new direction and awarded grants to help preserve lighthouse organizations themselves with emergency relief grants similar to what the Federal government has done for all the citizens of the US.

We are pleased to announce that the Society has made 24 grants to help ease the financial stress on lighthouse preservation groups that need financial help and encouragement, to see these tough times through. The list of the awardees is as follows:

The grants were awarded in the 2018 cycle of the Society’s pioneering and still-developing assistance grants program, which is open to not-for-profit lighthouse organizations nationwide. Since 2015 a total of $90,000 in grants has been awarded from the Society’s Lighthouse Preservation Fund to 14 preservation projects.

Four lighthouse projects on the Atlantic, Pacific and Great Lakes coasts will receive United States Lighthouse Society grants to work this year on efforts to preserve and enhance these American coastal treasures.

Presenting the Recipients of 2018 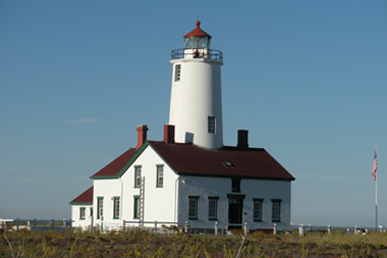 At New Dungeness Light Station, our grant was awarded to replace the copper gutter system and address wood rot of the underlying fascia boards and soffits, repairs critical to the continued protection of the station’s main building. Restoration at this remote station, near the entry channels to Puget Sound and at the end of North America’s longest sand spit, has been admirably carried out through the years by the New Dungeness Light Station Association. 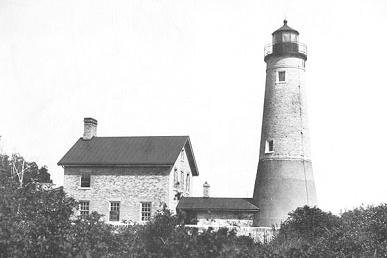 The Thunder Bay Island Lighthouse Preservation Society will use it's grant for critical repairs to the lighthouse lantern, ensuring safety and top-down protection against water intrusion. The work will address corrosion, re-anchor the stairs and allow the replacement of broken glass panes and iron mullions in the lantern, often called the lens room. The small preservation organization has worked very closely with the Michigan State Preservation Officer on this project and earned full SHPO support. 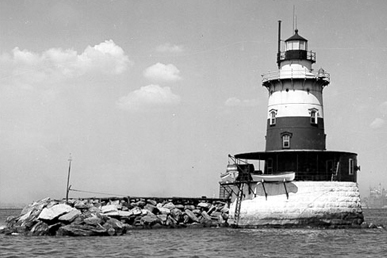 The Noble Maritime Collection, which owns the storied Robbins Reef Lighthouse in New York Harbor, will use the funds to help repair damage suffered by the caisson lighthouse during Superstorm Sandy in 2012. The money will help replace a steel plate destroyed by the storm surge, sealing a non-original doorway at the lighthouse near the Statue of Liberty.

4. Whaleback Lighthouse off the coast of Maine 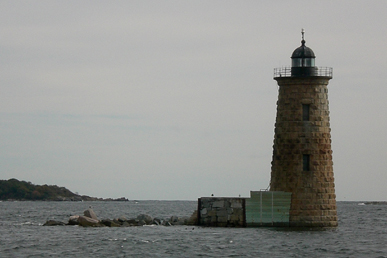 At Whaleback, an American Lighthouse Foundation project, funds will go toward repairs of the stone foundation of a fog signal building that connects to the lighthouse and serves as a visitor access path to the offshore tower.

Presenting the Recipients of 2017 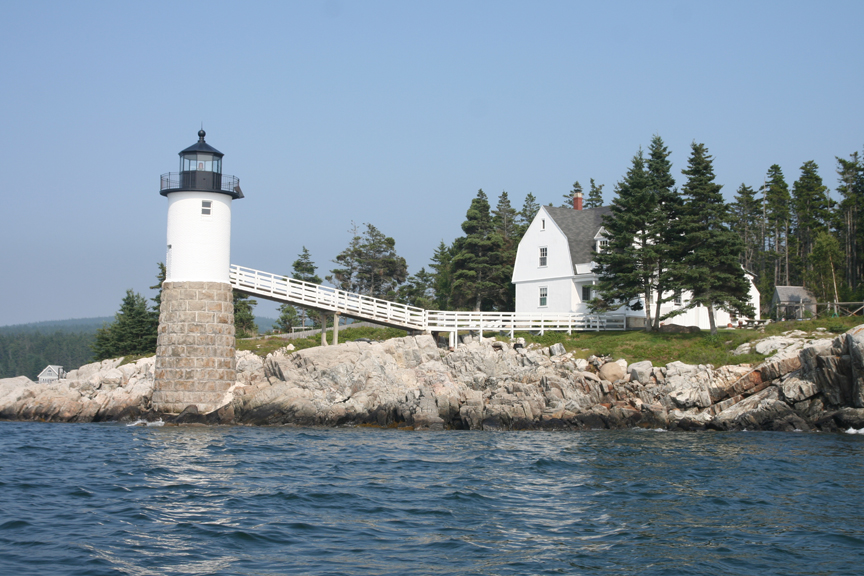 This grant will help a preservation group on Isle au Haut, Maine, replace badly corroded support beams that imperil the lantern of the Point Robinson Lighthouse. Friends of the Isle au Haut Lighthouse will use the USLHS grant to install galvanized steel beams in place of two failing beams under the watch room and lantern floors. The project will relieve some of the structural stresses that have caused tower cracks, and will serve as the needed first step in a longer effort to restore the brick tower and its granite base. 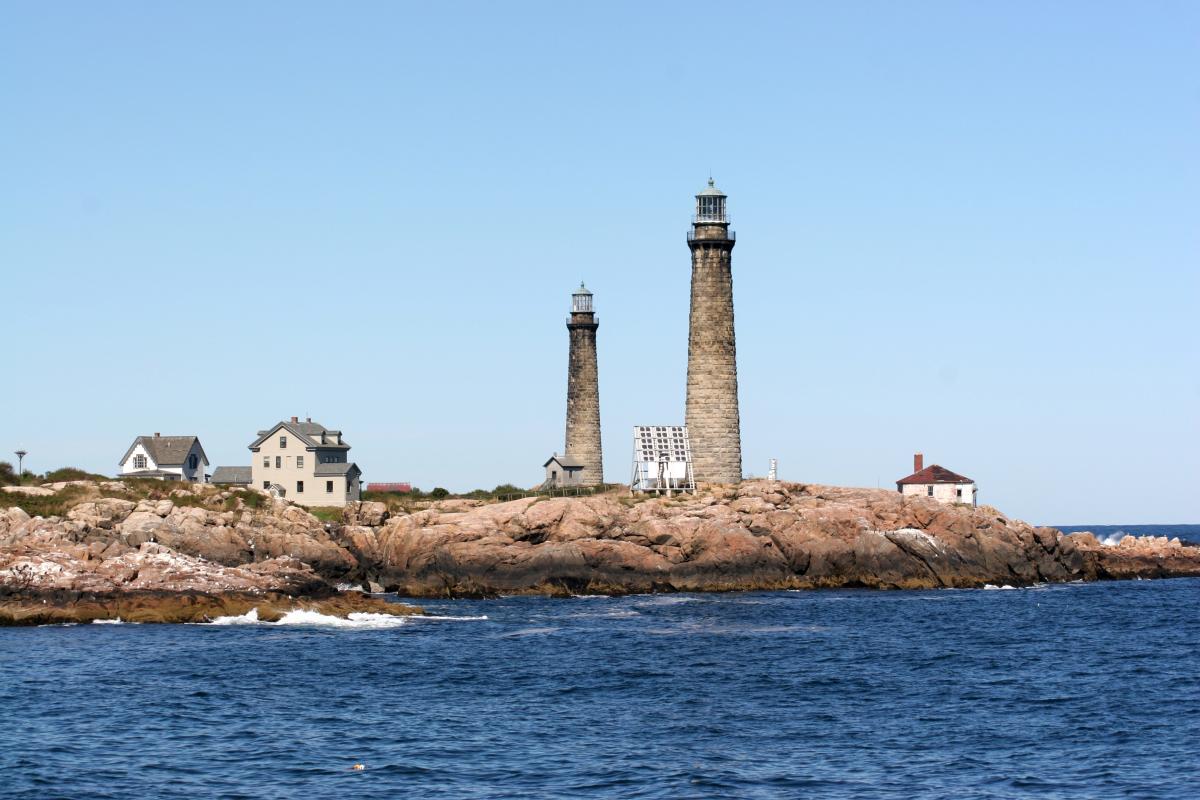 A grant was made to help the experienced Thacher Island Association keep the Cape Ann Light Station’s South Tower from suffering the same fate as the North Tower, which had granite pieces fall from its gallery deck last year due to rust-jacking between the iron rails and the tower stone. Stainless steel bands will be installed, as unobtrusively as possible, around the original stone bands circling the gallery and lantern decks. The full cost of the work will be $17,900, and longer-term plans call for replacing the anchor elements of the iron rails with stainless steel fittings to curtail the stone-fracturing problems. 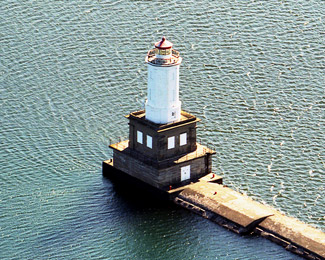 A new non-profit group took ownership through the National Historic Lighthouse Preservation Act will use the USLHS grant to help fund a $12,000 conditions assessment report, a needed first look at the problems of the light and a document essential to planning its restoration. The USLHS grants program considers such professional assessments extremely important and solid investments in any lighthouse restoration project. The Michigan Lighthouse Assistance Program will provide a 2-to-1 matching grant toward the Keweenaw Waterway Lighthouse Conservancy project. 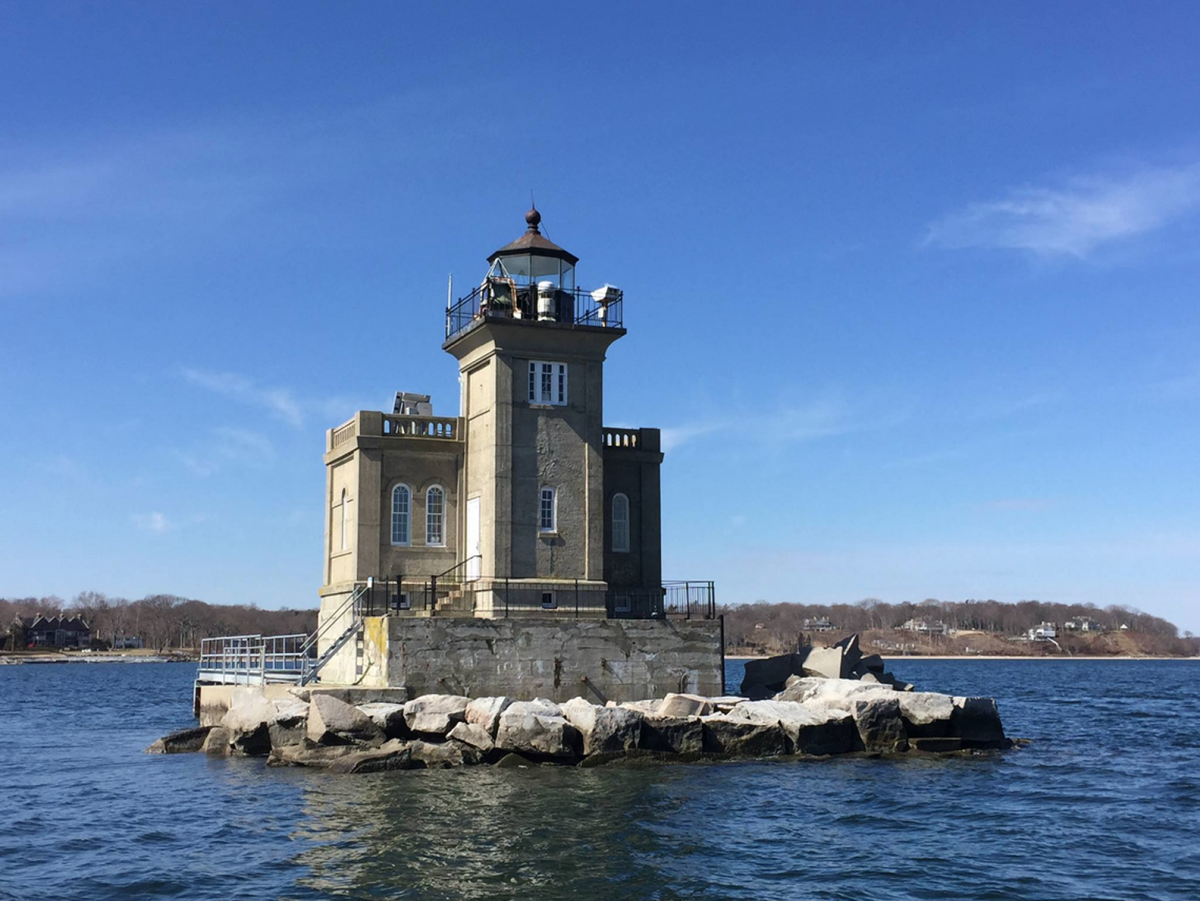 assist will go to the Huntington Harbor Lighthouse Preservation Society, as not only a small measure of financial help but an expression of support for the Long Island group and its efforts. The lighthouse has an exterior railing system that needs a combination of restoration and replacement, but the USLHS grant will help with a needed watch deck level door replacement.

This year we sent help to lighthouse projects in the Great Lakes, on the Gulf Coast and along the Atlantic coast.

Presenting the Recipients of 2016 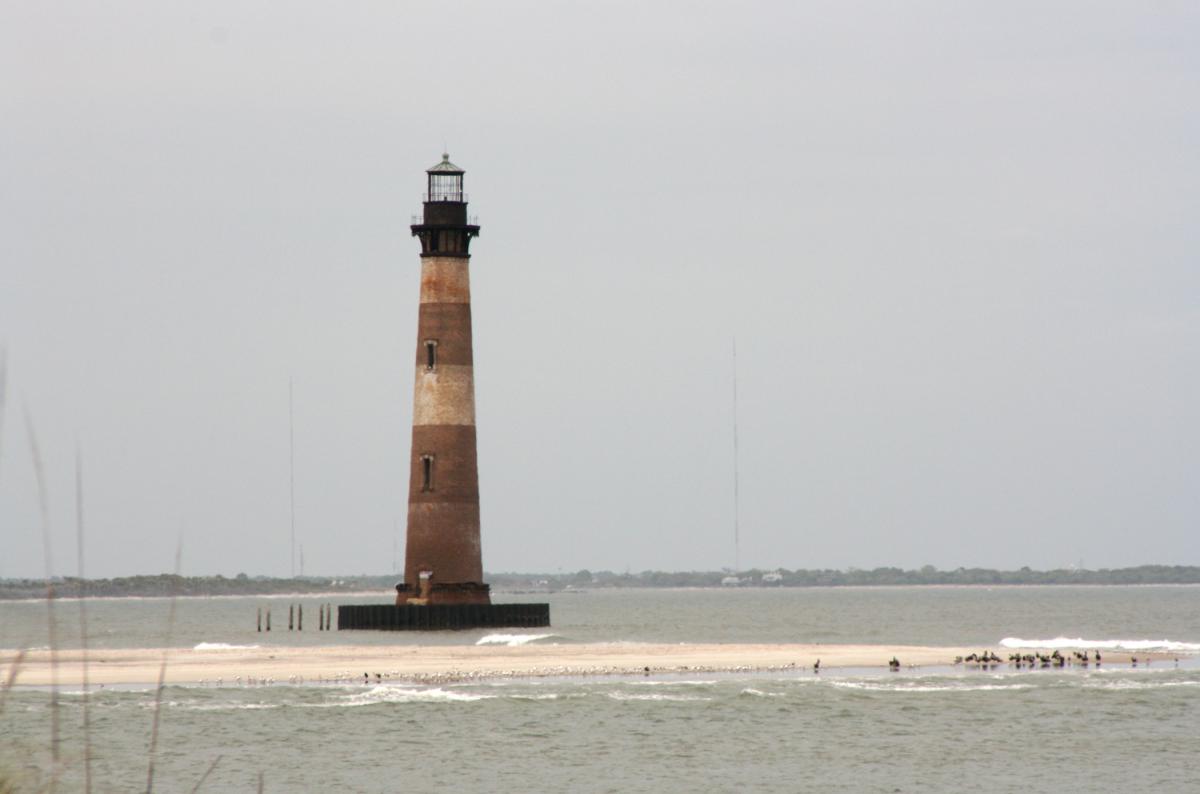 The Save the Light Foundation in Charleston will use the grant from a USLHS corporate partner, the SeaPak Division of Rich Products Corp., to fund a detailed study of the very historic but erosion-threatened and decaying Morris Island Lighthouse. USLHS will administer the grant as part of the Preservation Grant Program established last year to mark the Society’s 30th anniversary. SeaPak Shrimp & Seafood Co. is located on St. Simons Island, GA, just down the coast from Charleston. 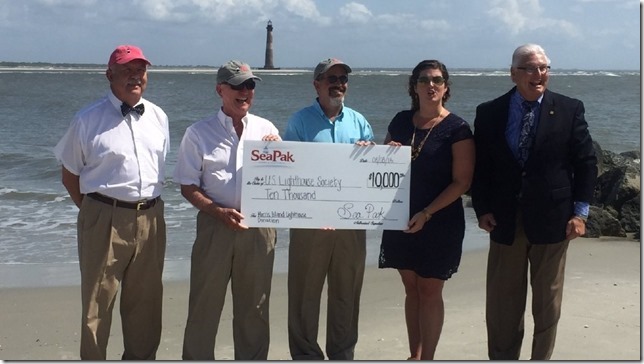 The Charleston group will use the grant to gain a definitive assessment of the condition of the cofferdam-protected lighthouse and determine what steps can be taken, in what order and at what cost, to preserve the structure. International Chimney Corp., movers of the Cape Hatteras Light and other lighthouses, will do the work. 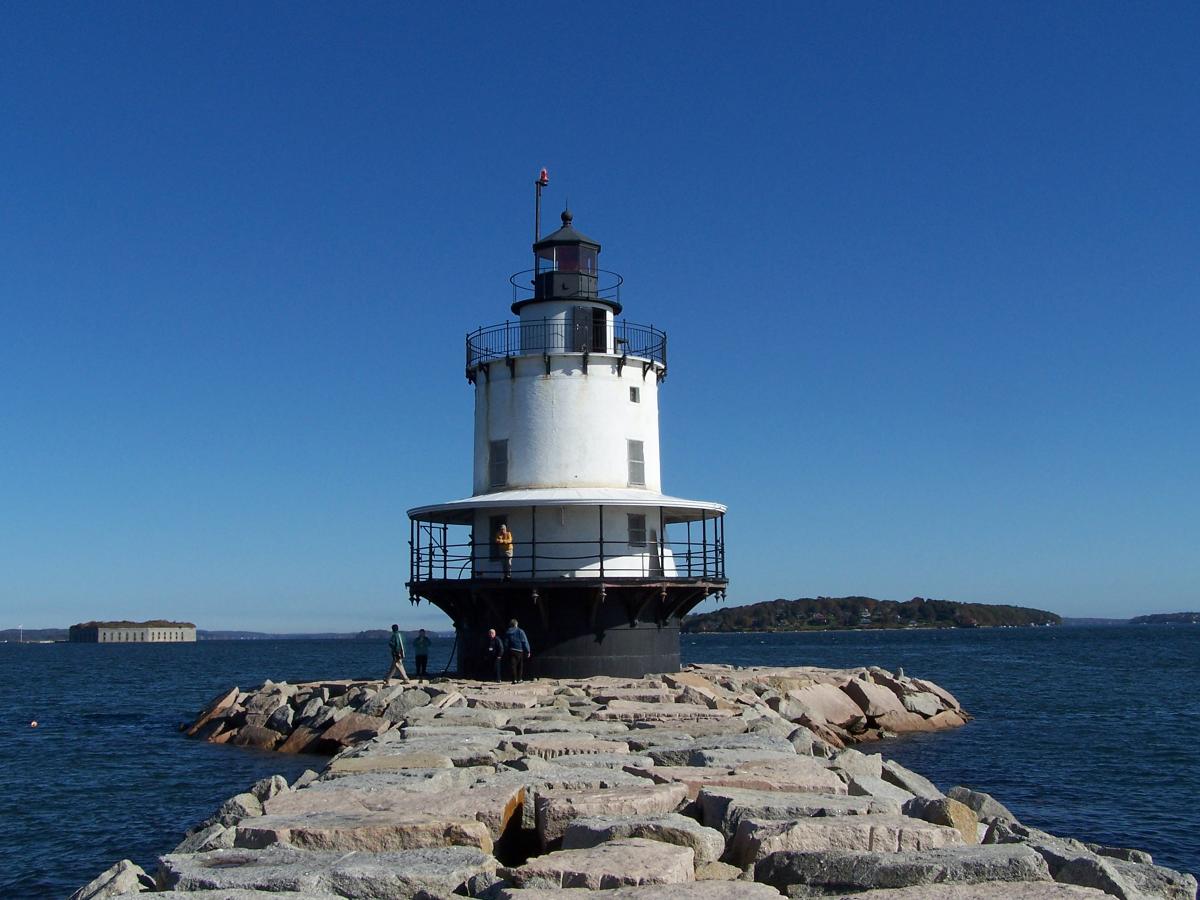 A grant was awarded to the Spring Point Ledge Lighthouse Trust in Maine to replace the lantern vent ball on the breakwater lighthouse and repair damage in the lantern caused by water intrusion. 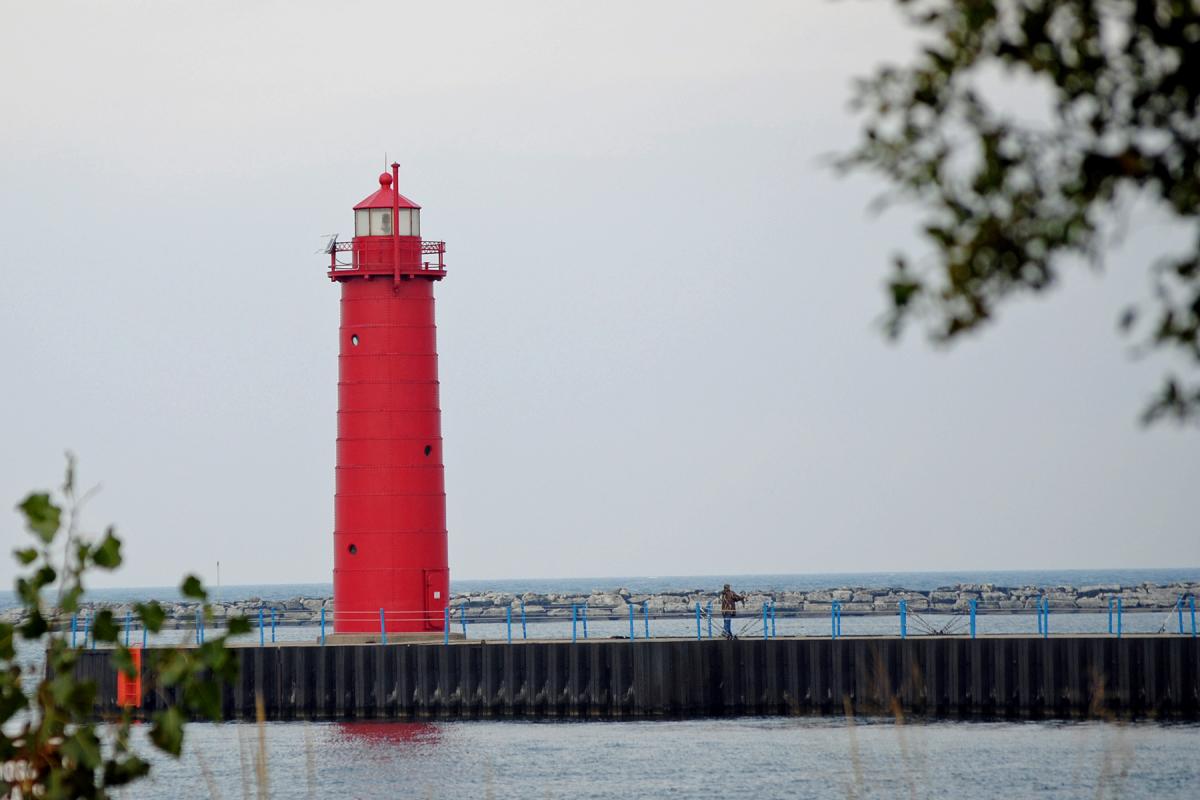 The Michigan Lighthouse Conservancy will use our grant to complete a $32,375 project to fabricate and install damaged or missing parts of the handrail system in the tower and on the lantern gallery at the Muskegon South Pierhead Light. 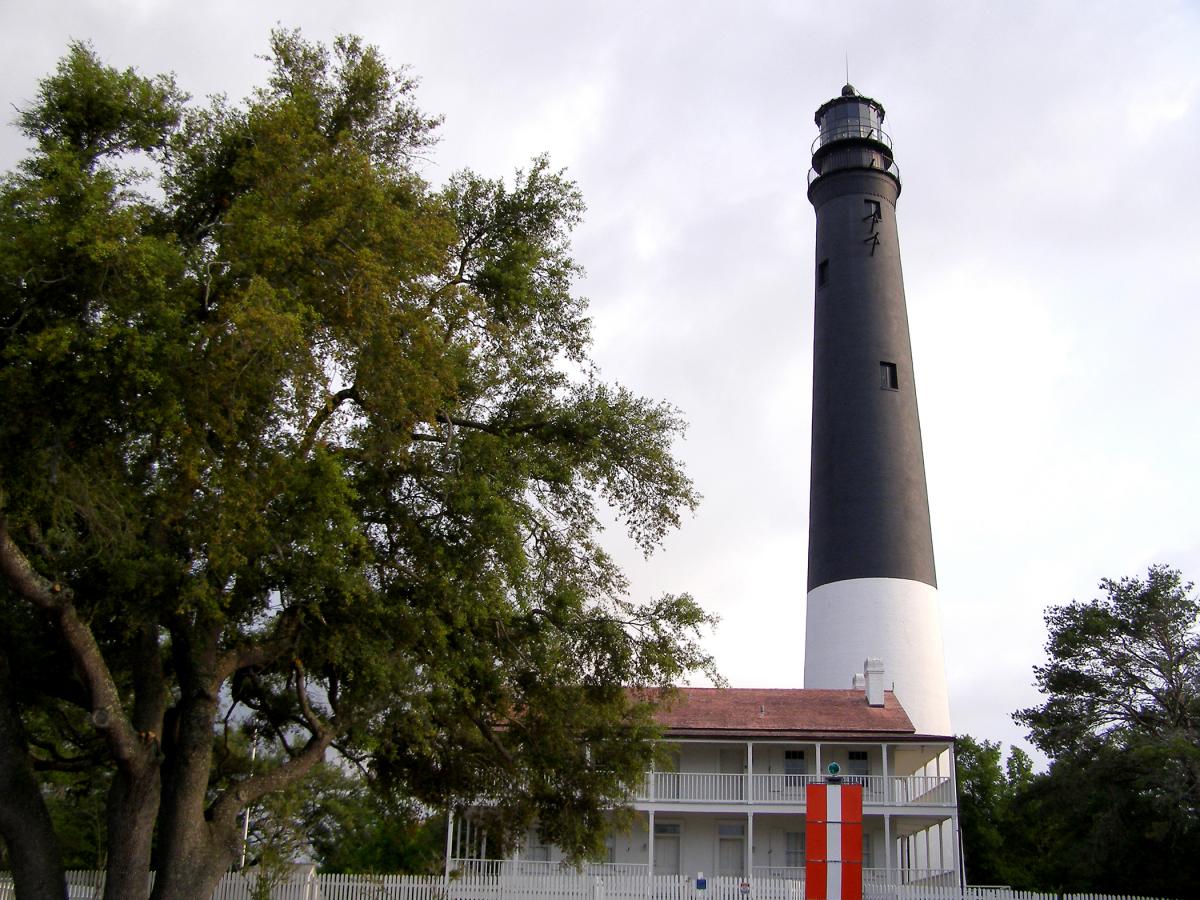 This grant will be used to restore a long-lost iron pedestal to the top of the lighthouse and use it to support a lens that now is suspended from the lantern roof. The pedestal was found a few years ago in the woods near the tower, and has been restored. The grant will go toward the $17,589 project to place it back in its proper location to support the lens and curtail the structural damage caused by the current system. 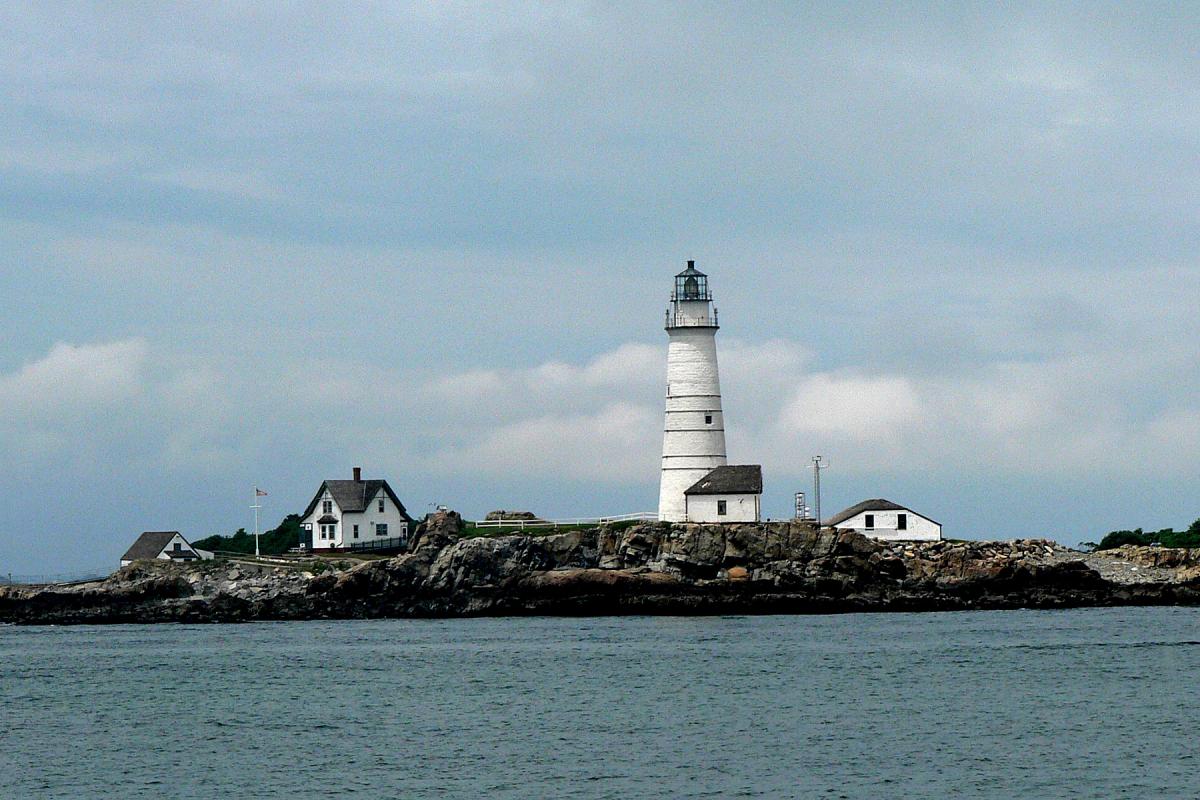 In addition, the Society’s program will administer a second grant from its first corporate preservation partner, the Lands’ End clothing company of Wisconsin. Last year, Lands’ End committed funding to launch the Society’s detailed study of preservation needs at the Alcatraz Island Lighthouse, a Society project in San Francisco Bay. This year, Society and Lands’ End leaders traveled in late July to Little Brewster Island in Boston Bay to present an initial $30,000 check to restore the foundation of the Boston Light’s iconic boathouse; the work will allow the boathouse to reopen to the public, and the gift celebrates the 300th anniversary of the country’s first lighthouse.

Here is a video about the event at Boston Light

Presenting the Recipients of 2015 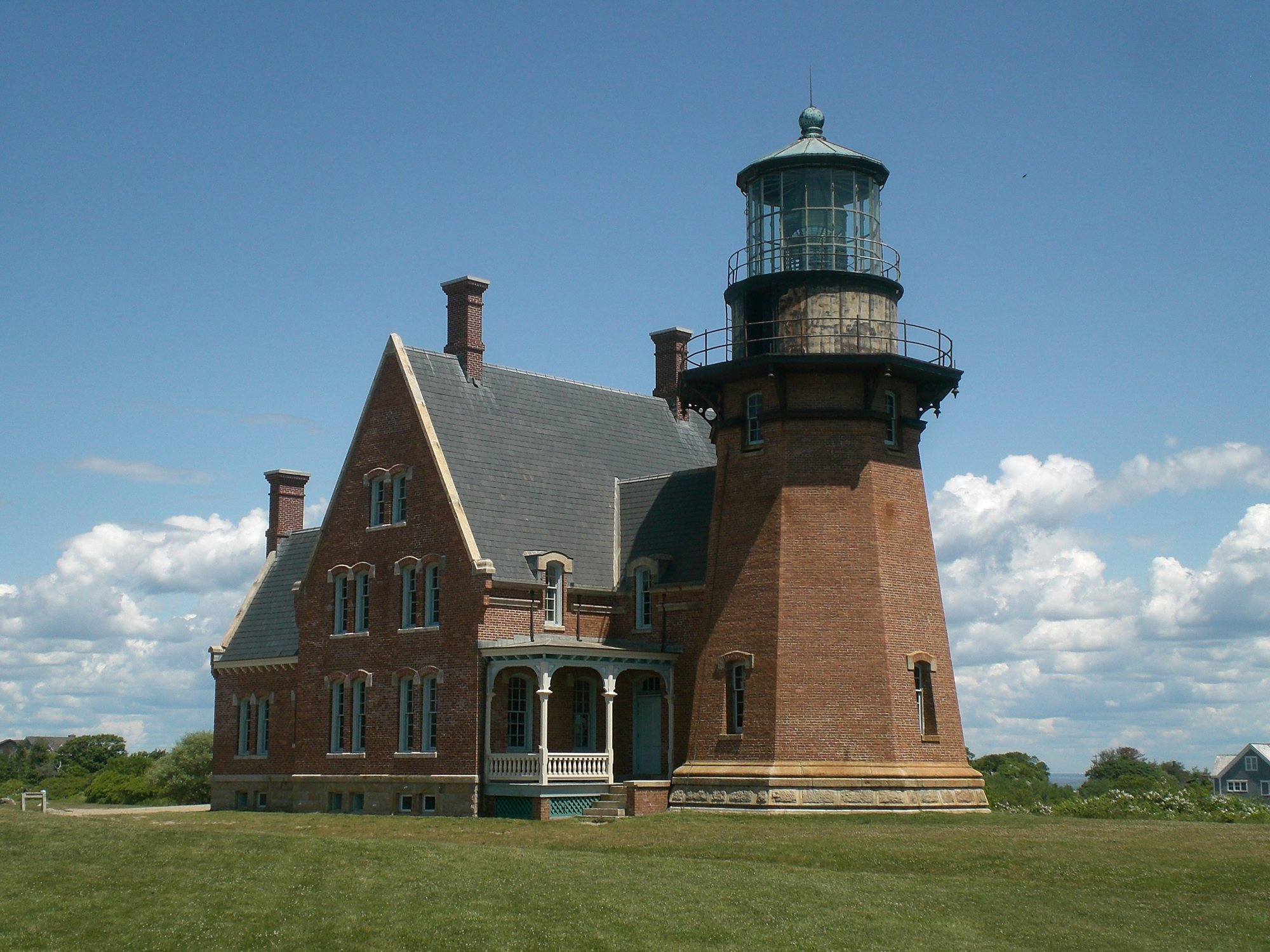 Built in 1874 in the ornate Victorian style of the time, the Southeast Lighthouse helped ships clear the dangerous shoals and ledges of the "stumbling block" of the New England coast.  Because of ongoing erosion of the bluffs, in 1993 the 2,000 ton structure was moved 300 feet back from the cliffs. After the move, the Coast Guard could not reinstall the mercury float lens so they installed the first order lens which was originally at the Cape Lookout Lighthouse.  Through our partnership with Lands' End, our grant will be used to help restore the lantern room where the light shines. 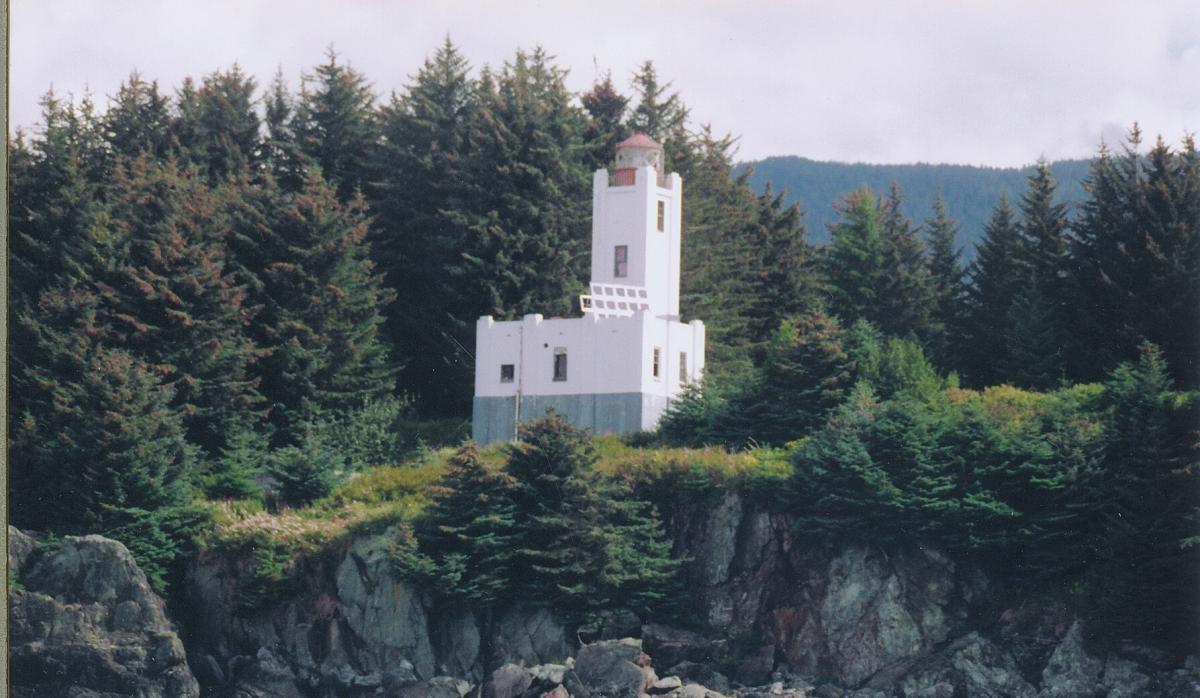 In Sentinel island, an isolated station 30 miles northeast of Juneau, the Gastineau Channel Historical Society will using their grant toward their lantern restoration project and will help replace or repair glass panels, restore iron framing and mullions, and install a replicated ball vent. 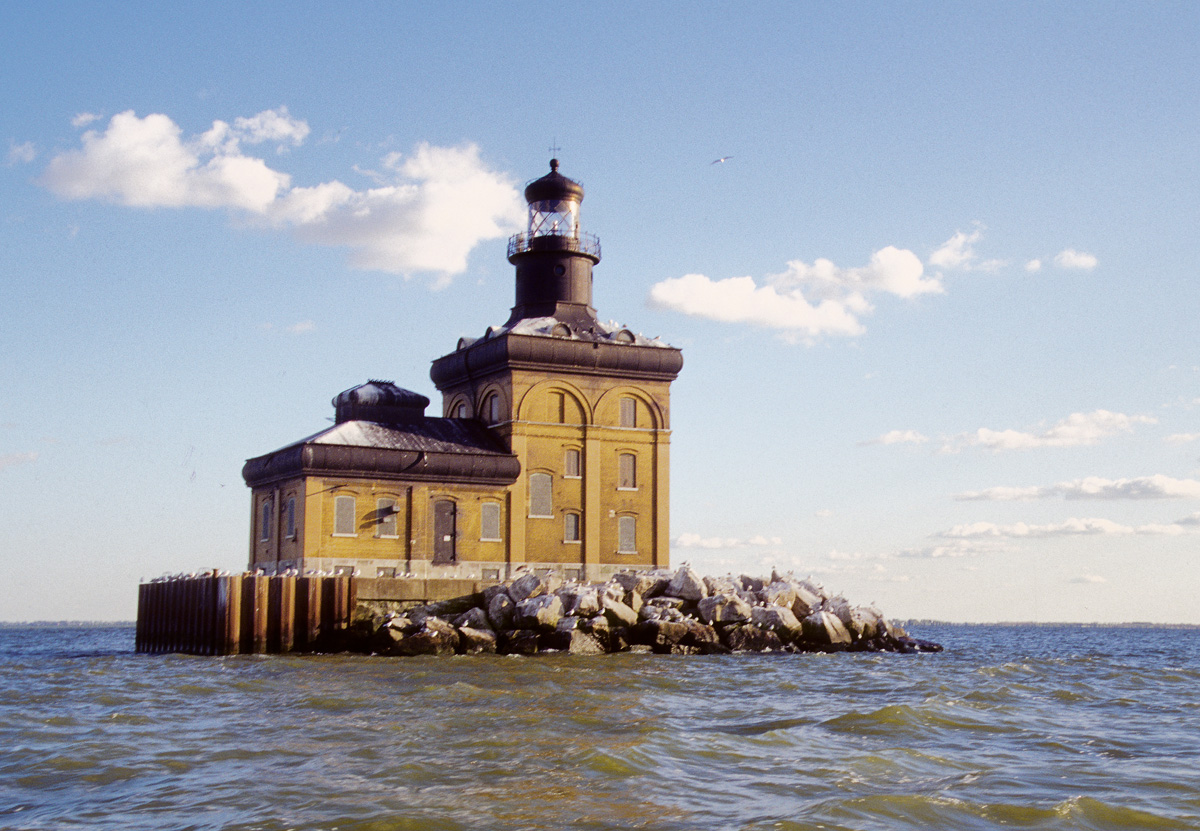 At Toledo Harbor in Lake Erie, the Toledo Harbor Lighthouse Preservation Society's overall project is to replace 12 windows on the first story, restore one window, and obtain and install shutters (our grant’s primary role) for all of them. The Toledo Harbor and Sentinel Island work is critically needed to protect those lighthouses from the environment and make them watertight, and in each place our funding will be a vital part of larger and already ongoing projects that will have dramatic impacts on the lighthouses’ futures. 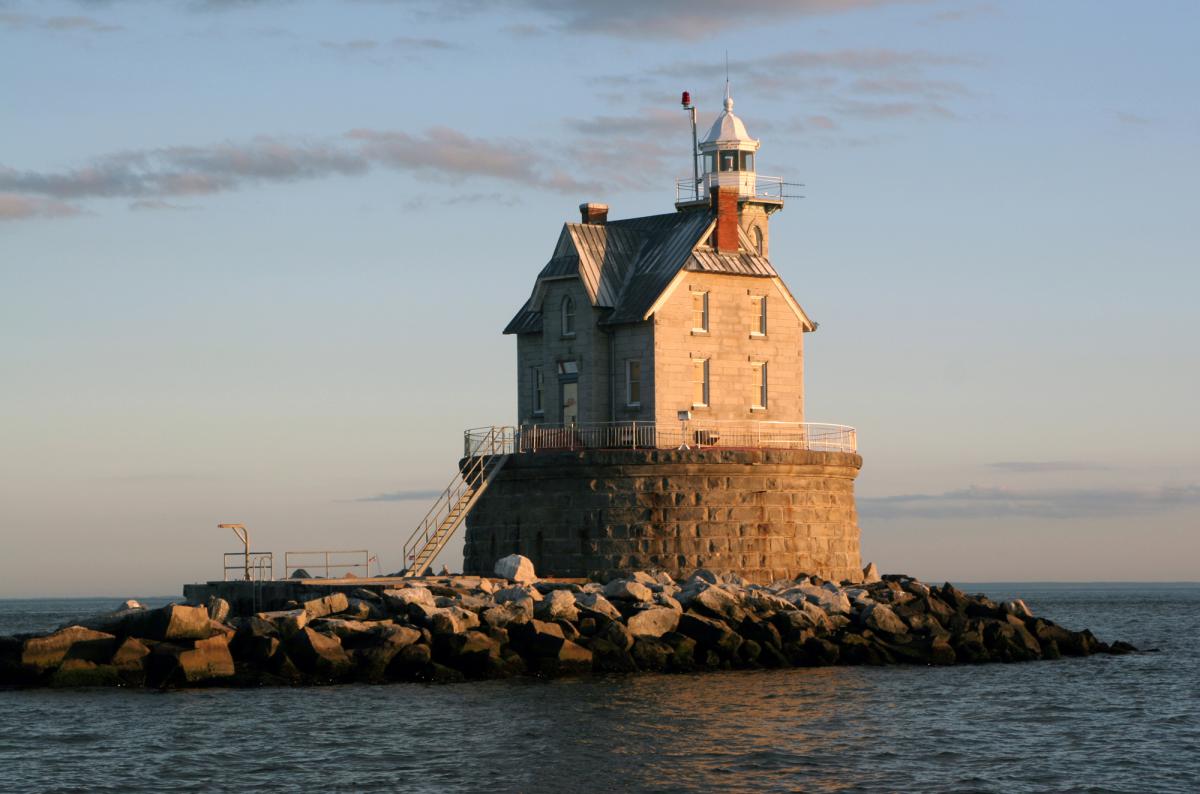 At Race Rock in Long Island Sound, the New London Maritime Society will be using their grant for a detailed plan to restore the brick masonry basement. The Race Rock funding will allow that organization to finish their planning and be more prepared to obtain funds for their follow-on execution. 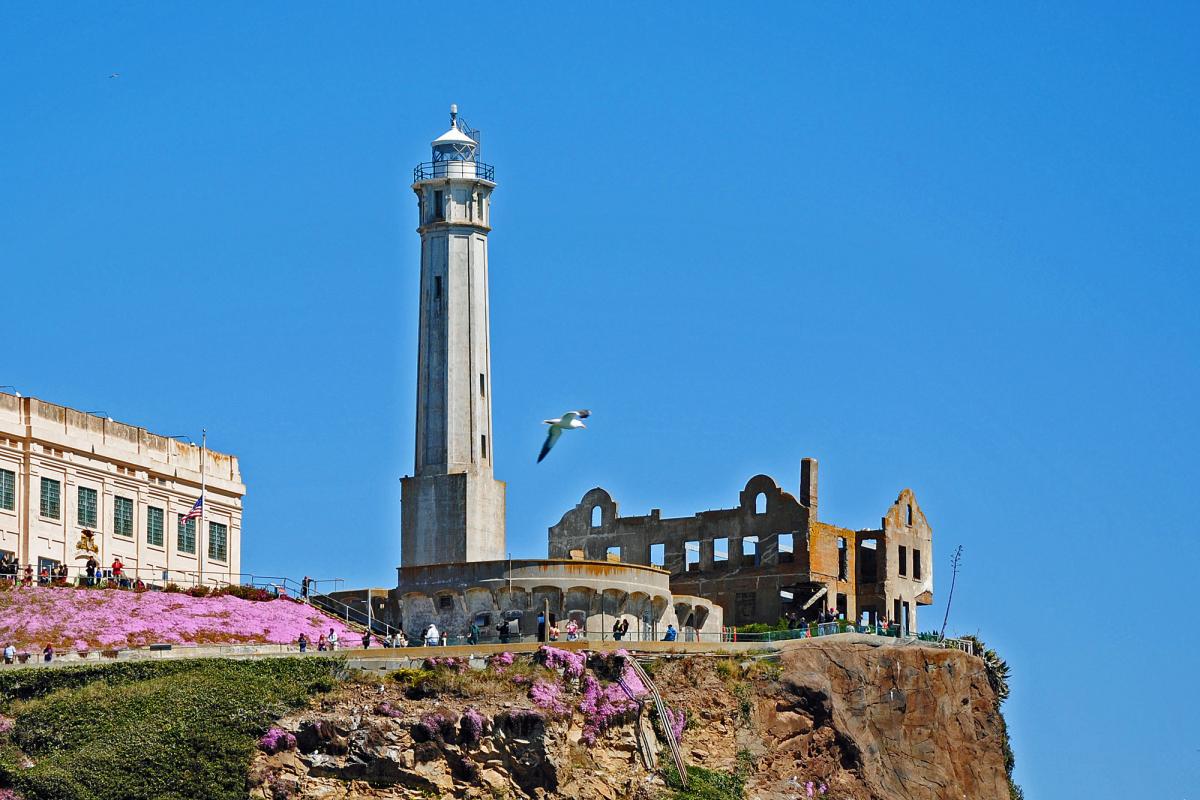 On October 5, 2015, Lands’ End chartered a boat tour to Alcatraz Lighthouse to kick off a rehabilitation project for the historic structure. Members of the media and local officials were invited to join CEO Federica Marchionni as she announced funding for the Historic Structures Report, administered by the U.S. Lighthouse Society, with further support from the U.S. Coast Guard and the National Park Service. The report is the first critical step to determine the current condition and preservation needs to ensuring the light station will be enjoyed for generations to come.

Visit the Lands' End page to see a nice video about the event and project: Alcatraz Island Rehabilitation Project

Donate to the Grants Program

Check out our Preservation Grants Brochure

If you have any questions, please contact:
U.S. Lighthouse Society
Phone: (415) 362-7255
Email: grantsprogram@uslhs.org