Sir William Batten, the Royal Navy Surveyor, was elected Master of the Trinity House in 1663 and took every personal advantage of his position during his time in office.  In the following year he became Deputy Master to Sir George Carteret who had succeeded him as Master, which allowed him to continue to reap the rewards of his office.  Batten had long wanted to obtain the grant of a patent for a lighthouse and for several years he had been looking for an appropriate location for such a light.  He determined that the port of Harwich, which housed a significant British naval yard would be a profitable choice.  He knew the idea of private lighthouse ownership was contrary to the policy of the Trinity House, but he used his position to lay the groundwork to obtain his lighthouse patent grant. An interesting sidelight of the early Harwich lighthouses under the ownership of Sir William Batten is the story of Mingo, possibly the first black lighthouse keeper in England.

People of African origin had been a part of English society since Roman times and in the 1600s and 1700s the English aristocracy were often slave owners.  This practice was usually associated with their plantations and other holdings in the Caribbean.  However, in England itself, many blacks were slaves working under the euphemism of being domestic servants.  Others really were servants, and were paid a small wage for their work.  It was often unclear whether servants were actually free or slaves.   The members of English society often regarded these servants as status symbols.  They were dressed in ruffles, lace and satin and made to act as show pieces of the household and were expected to be at the constant beck and call of their masters and mistresses, who took them everywhere in an attempt to flaunt their wealth. Young Black boys were particularly prized and used at the door of the master’s home to greet guests and collect the guest’s card, on a silver tray, for presentation to their master.

Notices for runaway slaves were a common feature within local newspapers during the 1600s and 1700s.  While most of the English population deplored slavery, it was not until 1807 that slavery was finally outlawed in England.

The Gentleman’s Magazine of London in 1764 described the practice as follows:

“The practice of importing Negro servants into these kingdoms is said to be already a grievance that requires remedy, and yet it is every day encouraged, insomuch that the number in this metropolis only, is supposed to be near 20,000; the main objections to their importation is, that they cease to consider themselves as slaves in this free country, nor will they put up with an inequality of treatment, nor more willingly perform the laborious offices of servitude than our own people, and if put to do it, are generally sullen, spiteful, treacherous, and revengeful.  It is therefore highly impolitic to introduce them as servants here, where that rigour and severity is impracticable, which is absolutely necessary to make them useful.”

The following is taken directly from Sir William Batten’s Will.  (Note: Spelling and grammar from the will)

“In the name of God Amen.

I Sir William Batten of London Knight being in good health of body & of sound and perfect mynd memory and understanding (praised be Almighty God) doe make ordaine publish and declare thro my last will and Testament [….] after my decease item: I give and bequeath to my servante Mingoe a Negroe that now dwelleth with mee the somme of Tenne pounds to be paid within Twelve monethes next after my decease.  And I doe alsoe give unto him the said Mingoe the Custody and keeping of my Light houses Att Harwich, and the somme of Twenty pounds a yeare of lawfull money of England during the Terme of his naturall life for his paines therein ….;  And whereas the Kings most excellent Maiesty by his Highnes letter Pattents under the greate Seale of England bearing date at Westminster the fower and Twentieth day of December in the sixteenth year of his highnesses reigne hath given and granted to me the said Sir William Batten my executors administrators and assignes free Liberty Lissence and power and authority to make build erect and set up continewe renewe maintayne upon a certaine peece or parcel of ground granted by the inhabaitants of Harwich in the County of Essex aforesaid to me the said Sir William Batten two convenient Light houses or Beacons with Lights to be continually burning in the night season, And the same to Charge remove and alter upon the said ground as occasion shall require for and during the Terme of Threescore and one yeares.  And to be demand collecte have and take of and for every Ship, Hoy, Barke, Crayer, Katch, or other vessel that shall passé that way Laden, at Newcastle, or Sunderland the somme of one halfe penny upon every tunne according to the burthen of the ship or vessells passing by the said Lighthouses.  And one penny upon every tunne of all strangers shipps, vessells and Bottomes as shall happen to passé thereby.  And shall put into any porte, Rode or harbor of the Realme although they doe not unloade and discharge any goods there […]“

Samuel Pepys mentions Mingo several times in his diaries.  According to the diary:

On Thursday, February 14, 1860:  “Up early and to Sir W. Batten's, but would not go in till I asked whether they that opened the door was a man or a woman, and Mingo, who was there, answered a woman, which, with his tone, made me laugh.”

On 27 March 1661:  “To the Dolphin to a dinner of Mr. Harris's, where Sir Williams both and my Lady Batten, and her two daughters, and other company, where a great deal of mirth, and there staid till 11 o’clock at night; and in our mirth I sang and sometimes fiddled (there being a noise of fiddlers there), and at last we fell to dancing, the first time that ever I did in my life, which I did wonder to see myself to do. At last we made Mingo, Sir W. Batten’s black, and Jack, Sir W. Penn’s, dance, and it was strange how the first did dance with a great deal of seeming skill.  Home, where I found my wife all day in her chamber.  So to bed.”

On Wednesday, April 10, 1661:  “In the morning to see the Dockhouses.  First, Mr. Pett’s, the builder, and there was very kindly received, and among other things he did offer my Lady Batten a parrot, the best I ever saw, that knew Mingo so soon as it saw him, having been bred formerly in the house with them; but for talking and singing I never heard the like.  My Lady did accept of it.”

On November 4, 1665:  “Here Sir W. Batten told us (which I had not heard before) that the last sitting day his cloake was taken from Mingo he going home to dinner, and that he was beaten by the seamen and swears he will come to Greenwich, but no more to the office till he can sit safe.”

After Sir William Batten’s death and the Will, nothing more is mentioned of the servant Mingo.  As far as can be determined, Mingo retained his new job as the keeper of the Harwich Range Lights for many years and apparently performed the function well.  Mingo was certainly an early, if not the first, person of African descent to become a lighthouse keeper in England. 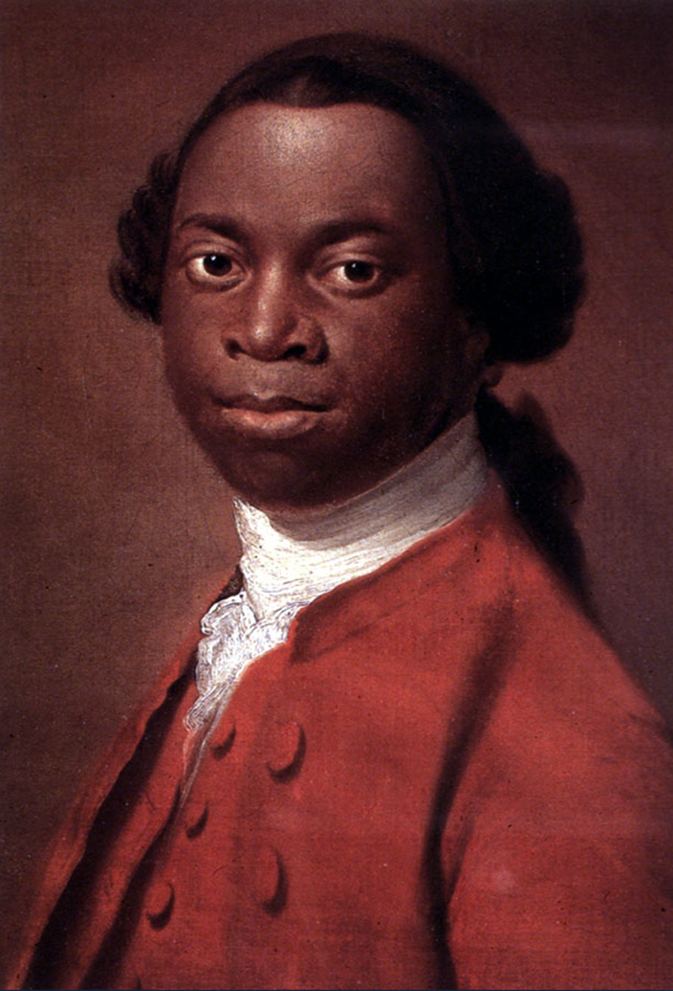 This is Not the Actual Mingo, as no image exists.  It is representative of what he may have looked like.

Little is known about early African-American lighthouse keepers in the American Lighthouse Service.  In many cases the “official” keeper was white and he then hired a black or used a slave to provide the actual work at the light, and very few records of these situations exist.  In fact, most of these arrangements were sufficient cause to have the “official” keeper fired and were therefore kept secret.

The following are a few of the early African-American keepers that have been identified:

An African-American (most likely a slave) assistant keeper named “Aaron Carter” worked at the Cape Florida Lighthouse in the 1830s.  He was killed in a Seminole Indian attack on the lighthouse in 1836.

In 1851, the naval officers who, a year later, would become part of the Lighthouse Board were inspecting all lights and floating lights as a part of preparing their report to Congress.  While reviewing the nation’s floating light vessels in the New York area, one (unnamed) vessel was found to have no crew on board “save for a young black boy aged between 12 and 13 years and the vessel in very bad condition.”

In 1852, a Negro slave woman worked as an unofficial assistant to keeper Isaac Foster at the New Point Comfort Lighthouse in Virginia.  Later, J. McHenry Farley who was a minister and was also an African-American served as lighthouse keeper at the same lighthouse from 1871 to 1873, one of the few “official” black keepers.

Robert Darnell, a former slave, from Alexandria, VA was apparently a lighthouse keeper at the Lower Cedar Point Lighthouse in Maryland in the 1870s.

The Old Plantation Flats Lighthouse, in the Chesapeake Bay, had an African-American keeper, William Gunter, starting in 1893.  Keeper Gunter was on watch during the winter of 1893-1894 when an ice flow hit the light causing the kerosene lamp to tip over starting a small fire and seriously damaging the Fresnel Lens.  Gunter quickly put the fire out, but was afraid that the ice would shear off the piles below the lighthouse and allow it to collapse into the water.  He took the station’s lifeboat and abandoned his duties for which he was summarily fired.

Times have surely changed and today African-Americans comprise a significant portion of the enlisted and officer ranks of the US Coast Guard.  Many African-Americans work within the Aids to Navigation Teams servicing our remaining lighthouses.  In addition, President Obama shows just how far the nation has come in the last one hundred and fifty years.