Wreck of the Woodruff by Thomas Tag

As you probably all know Ida Lewis and Grace Darling were not the only lighthouse heroes who saved lives and rescued stricken seamen.  Many lighthouse keepers were involved in rescues and saved countless lives.  While doing research at the National Archives, I was reading one of the Keeper’s log books from the White River Lighthouse on Lake Michigan.  These log books are usually formatted with two pages per month, with each day a single line on the two pages.  Generally the left-hand page is a weather report and the right-hand page contains entries for what is happening at the lighthouse.  Many times you will read month after month with only entries like “doing chores” or “cleaning.”  However, on this day I found two of the pages completely written over with the story of the wreck and rescue of the bark L. C. Woodruff that follows.  The story was so interesting that I continued to research it through the local newspaper stories, written at that time, and was able to compile the story of the rescue.

The L. C. Woodruff was a wooden barkentine sailing vessel with three masts as shown in the drawing below.  She was built in 1866 and was registered at 548 tons gross weight.  She was owned by the Murphy Company of Cleveland, Ohio and was valued at $15,000. 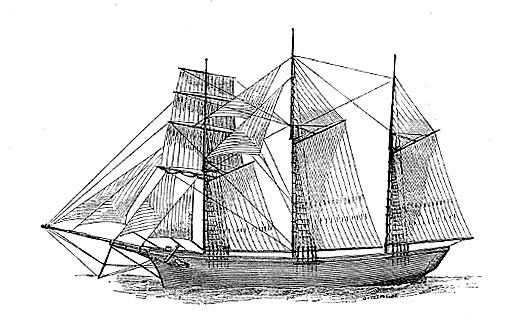 The rescue occurred near the White River Light Station, on Lake Michigan, on October 31, 1878, when the bark Woodruff, on a trip from Chicago to her home port of Buffalo, New York with a cargo of corn, ran into trouble on the western side of Lake Michigan near Milwaukee, and drifted across the lake in some of the worst weather seen on the lake in many years.  A terrible gale with high waves forced many ships to seek shelter all across Lake Michigan.  By 8 p.m. that night, the Woodruff was lying at anchor about one-half mile off the eastern shore of Lake Michigan near the White River Light Station and the entrance to White Lake.  A tug went out from White Lake to check her condition and found her severely damaged with her sails split, fore-topmast, jib-boom and bowsprit gone.  The tug captain wanted the crew to leave the rapidly deteriorating Woodruff, but her captain, still thinking he could save the vessel, would have none of it, and refused to allow the crew to leave.

By 4 a.m. the next day, the storm had worsened and the Woodruff’s anchor began dragging with the vessel slowly drifting in-shore.  At 9 a.m., the bark’s mizzen-mast and main topmast fell into the raging sea.  She continued to drift toward shore, struck bottom in about 13 feet of water, and began to break up several hundred yards offshore from the White River Light Station.  The captain and crew could not get off the ship due to the severe waves, and climbed into the rigging in an attempt to save themselves. 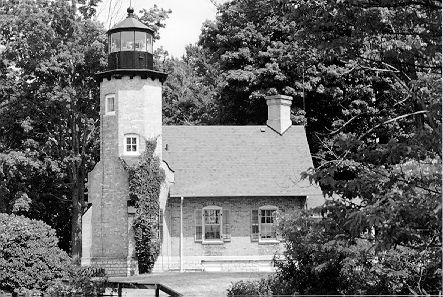 Forty-seven-year old Keeper William Robinson was observing the stricken ship from the light station and saw the deteriorating condition of the Woodruff.  The nearest life-saving station was located in Grand Haven, Michigan, more than forty miles to the south.  Shortly after 9 a.m. he requested the dispatch of a tugboat to the town of Montague, located at the far end of White Lake, where they could telegraph Grand Haven for a Lyle gun and other life-saving gear, along with a trained Life Saving crew. 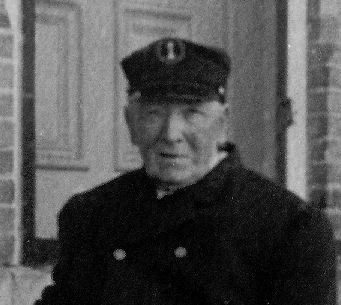 By 9:20 am, the Woodruff’s anchor chain parted and the vessel drifted about one-half mile further north from the light station.  Three attempts were made by Keeper Robinson and a group of local men to reach the stricken ship in a small yawl, but each time the yawl was swamped before reaching the Woodruff. 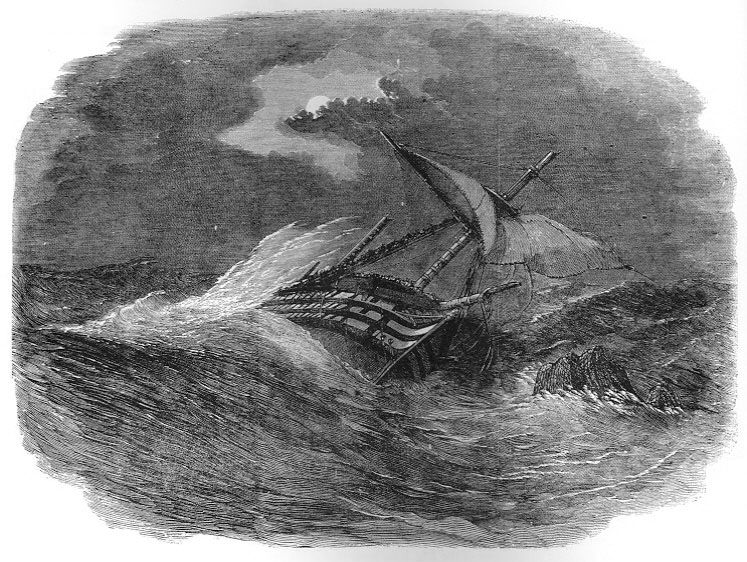 As of noon, no word about the rescue crew had reached Keeper Robinson and the men on shore. Therefore Thomas Robinson, the Assistant Keeper and 18-year-old son of William Robinson, was dispatched on horseback to the Collector of Customs in the town of Montague, nearly a seven- mile ride, where the telegraph could be used again. 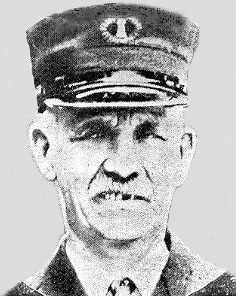 The original telegraph message had been received, and Grand Haven had sent the equipment and five surf-men north to assist in the rescue, on a special train.  The train arrived in Whitehall, Michigan, located across the river from Montague, at one in the afternoon and was met by a tugboat and Assistant Keeper Tom Robinson, who would guide the lifesavers to the stricken ship and assist with the rescue.

By two p.m. the rescue party reached the beach and found that the Woodruff had been pushed by the waves onto another sandbar about 150 yards from the shore.  The Woodruff was now aground on the sandbank and severely swamped, with all of her ten-man crew still precariously hanging in her rigging. 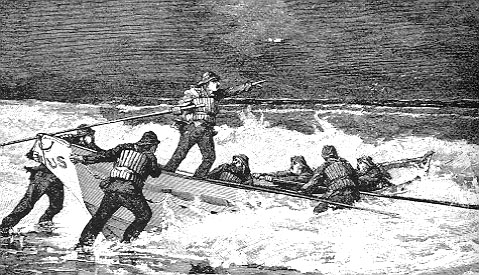 The rescuers immediately set up their Lyle beach gun and tried several times to shoot a line into the rigging of the Woodruff.  On the third attempt, a line was secured in the rigging.  The life-saving yawl was to be guided by the line attached to the Woodruff.  This was accomplished by passing the line through guide rings at the bow and stern of the life-saving yawl.  The life-saving yawl with Assistant Keeper Tom Robinson aboard, attempted to reach the ship, guided by the line, but was swamped and capsized, nearly drowning one of its men.  Tom Robinson and the others on board swam for shore leaving the capsized yawl about one-hundred yards off shore.  Night was now coming on and four men of the Woodruff’s crew lost hope of rescue and jumped into the ice-cold water while holding onto the line in the rigging.  The crowd on shore grabbed the line and began pulling it taut.  At that point it broke loose from the ship.  The crowd continued to pull the line, dragging it and the four men toward shore. 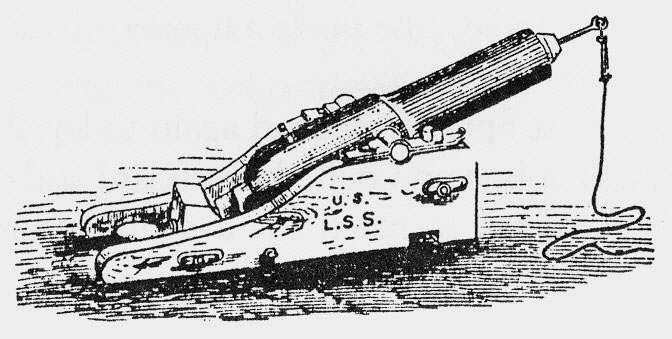 The capsized yawl was now about half way to the ship and was still attached by the guide rings to the line.  The men were pulled toward the shore, but the yawl remained stationary.  The men on the line were dragged so quickly that they came crashing into the sunken yawl and both the yawl and men were pulled to shore.  All four men were saved, but one died the next day from injuries sustained when he hit his head on the capsized yawl during the rescue.

The Woodruff was loaded with corn and after the lake water totally filled her, the corn expanded and burst open her hull, breaking the ship in two.  Her captain and remaining five crewmen fell from the rigging into the lake water, grabbing for anything that would float.  The captain and three of the crewmen found floating debris and drifted to shore, some distance to the north.  The last two men failed to find floating debris, and drowned.

Assistant Keeper Tom Robinson won a citation for his life-saving work that day, and would later go on to become a keeper at the Green Island, Menominee Pierhead, Manistee, and Muskegon lighthouses.  Captain William Robinson won much praise for his decisive actions to call for assistance and his personal help during the first attempts at rescue.  He remained keeper at White River Light Station until shortly before his death in 1919.

In 1942 and again in November 1974, the badly damaged ribs and keel of what may be the remains of the Woodruff washed up near the shore close to the White River Light Station.  After a few days they were again reclaimed by the constantly changing waves and currents of Lake Michigan. 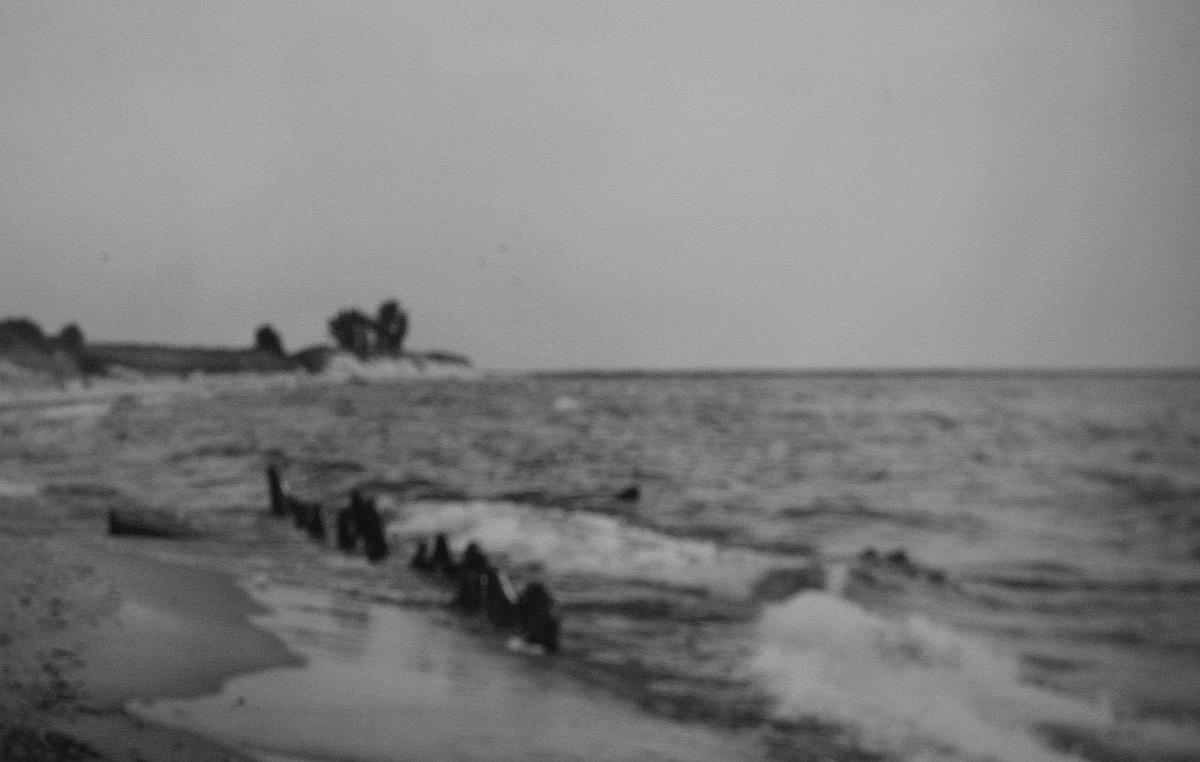 The Woodruff's timbers near shore in 1942