Our first lighthouse of the tour - Old Point Loma

The lens in the lantern of the Old Point Loma Lighthouse

Juan Rodriguez Cabrillo, who, in 1542, became the first European to set foot on the West Coast of what is now the United States

A view of the New Point Loma Lighthouse

One of the many non-lighthouse attractions - San Juan Capistrano

The Queen Mary, our accommodations for Sunday night

A Queen Mary bedroom - Who said these staterooms were small?

Getting together for dinner in the Queen Mary Promenade Café

Pelicans roosting on the rocks in Long Beach Harbor

John, our bus driver, was invited to join us on the harbor cruise

Angles Gate lighthouse - If it looks like it is leaning - it is!

Group disembarking from the harbor cruise

Picnicking at the Point Fermin Lighthouse

Point Fermin docent and the original lens which was found in a real estate office in Malibu!

More seals sunning themselves on a buoy near Santa Barbara

Pat & Ron at the top of Port Hueneme

At the top of Port Hueneme Al listens while Shannon shoots

Leaving Santa Barbara on the Condor Express - This is gonna be a "smooth ride" - Trust me, I'm a Doctor!

Dolphins & sea lions lead us up the coast
By Bill Newblom

Playful dolphins are only a prelude to what is coming next!
By Bill Newblom

This is way better than Sea World!
By Shannon Thompson 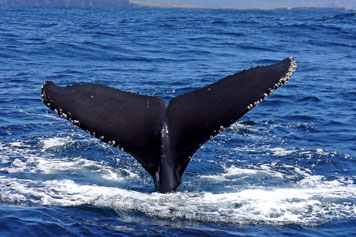 Leaving to entertain some more tourists
By Bill Newblom

This is why we came! Point Conception!

Getting an up close view of the inaccessible Point Conception

One of several whale sightings on the cruise from Santa Barbara

Arched rock frames another rock in the distance near Anacapa Island

Mary Lee having a well deserved break on the cruise

Learning about the Point San Luis lighthouse and lens

The view from the top of the Point San Luis Lighthouse

Group checks out the thousands of elephant seals

The first-order lens from the Piedras Blancas Lighthouse on display in Cambria, California

Elephant seals in the rookery near Piedras Blancas

The Piedras Blancas Lighthouse as seen from the distance

A docent talks to Sandy, Patt, and Shannon at Piedras Blancas lighthouse while Jerry rests in the background

The interior stairway of the Piedras Blancas Lighthouse

The geodetic marker at Piedras Blancas. All lighthouses have or had one of these markers on their property

A major bonus on this trip - Hearst Castle
By Shannon Thompson

One of the many statues at Hearst Castle
By Shannon Thompson

A Grecian fresco at the outdoor pool at Hearst Castle

A lamppost at Hearst Castle

A pillar capital at Hearst Castle

More statuary at the outdoor pool at Hearst Castle

The outdoor pool at Hearst Castle

Just one of the many turrets at Hearst Castle

The rather ornate entrance to Hearst Castle. It was fashioned after Italian church facades

The indoor pool at Hearst Castle. That is real gold on the walls and floors

Close-up view of one of the floor mosaics at the indoor pool at Hearst Castle. The gold is real

Waiting for the bus after a great tour of Hearst Castle

Sun setting on Morro Rock and another great Society tour

We certainly ate well, including this wonderful pork loin dinner at Windows on the Water in Morro Bay

Bill, Judy and Darlene do some shopping on the final day of the tour

Rusty's Pizza - A must stop for lighthouse lovers

Skip is about to award a calendar to one lucky recipient at the traditional drawing done at the farewell dinner, as Bill, Judy and Al look on