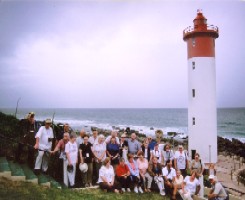 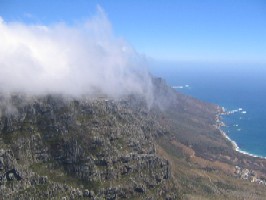 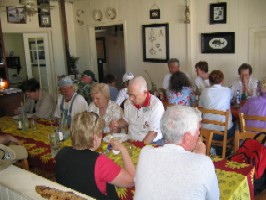 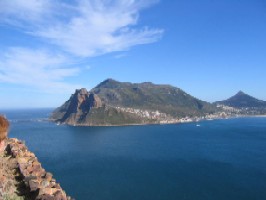 Slangkop Lighthouse in the seaside town of Kommetjie
Operational since 4 March 1919. This is the tallest cast iron tower on the South African Coast, 100 feet from base to its balcony. 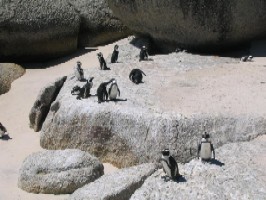 Penguins soaking up the sunlight on a beautiful day 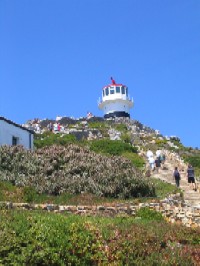 The Cape Point Lighthouse Located at the Cape of Good Hope Nature Reserve
Now a traffic control tower, The Cape Point Lighthouse was built in 1860 and is situated 238 metres above sea level. Because of it's height it provided no assistance to ships during stormy times or heavy fog. With the wreck of the Portugese liner the "Lusitania" on April 18, 1911 the decision was taken to move the Cape Point light to its present location above Dias Point where it now stands, only 87 metres above sea-level. 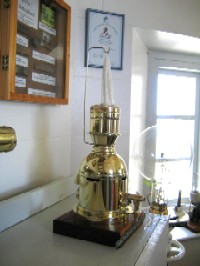 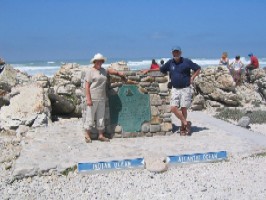 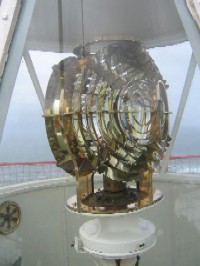 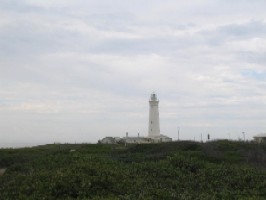 Seal Point Lighthouse
AKA - Cape St. Francis Lighthouse is located about 80km south of Algoa Bay, and about 30km from the town of Humansdorp 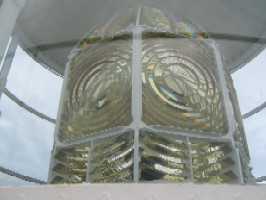 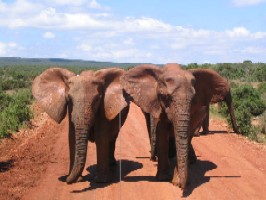 Elephants don't seem so slow when they are chasing you 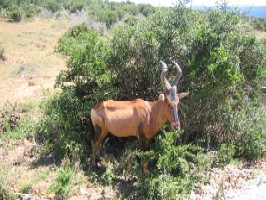 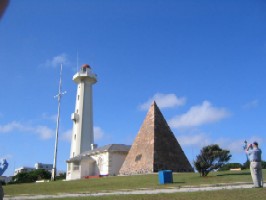 The Hill Lighthouse
Situated in the Donkin Reserve, is almost in the city center of Port Elizabeth 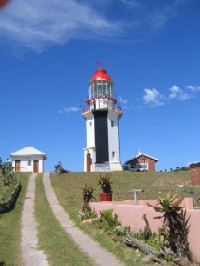 Great Fish Point Lighthouse
Located about 25km from the coastal holiday resort of Port Alfred, this lighthouse was constructed in 1898 and although only 9 meters high, it is situated 76 meters above sea level 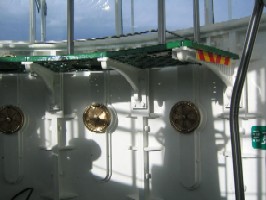 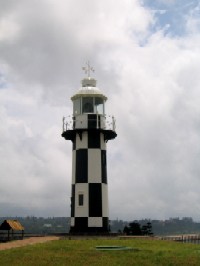 Port Shephtone Lighthouse
It is situated in the town of Port Shepstone on the southern side of the mouth of the Umzimkulu River, on the KwaZulu-Natal South coast. 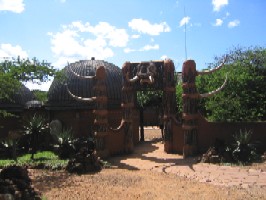 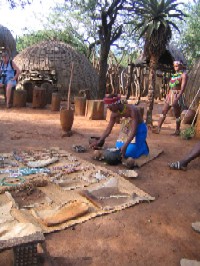 Inside a small village, locals displayed home made art and jewelry 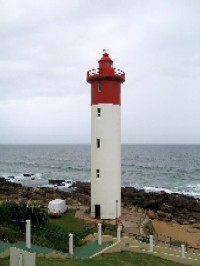 Umhlanga Rocks Lighthouse
Located on the beach about 9 miles north/northeast of downtown Durban, it was originally part of the sugar estate of Sir Marshall Campbell 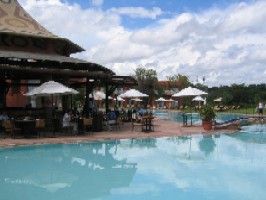 Society members enjoying a meal by the pool 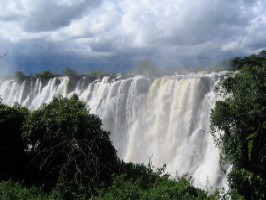 Victoria Falls in Zimbabwe
Or as the locals call it "Mosi-oa-Tunya", constitutes one of the most spectacular natural wonders of the world. The Victoria falls is 1,708 meters wide, making it the largest curtain of water in the world. It drops between 90m and 107m into the Zambezi Gorge and an average of 550,000 cubic metres of water plummet over the edge every minute. 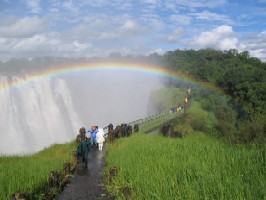 Another beautiful view of the Victoria Falls. However, the rainbow did cost extra 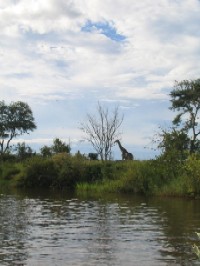 A giraffe out for an afternoon stroll 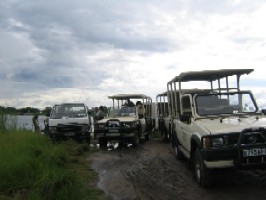 We would have been lost without our trusty Land Rovers 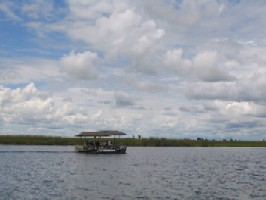 One of the ferry rides, always surrounded by an variety of wildlife 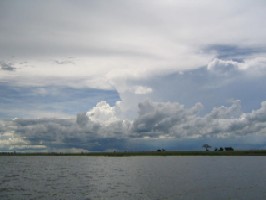 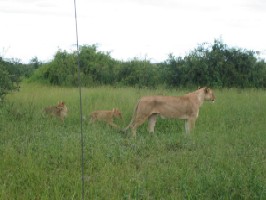 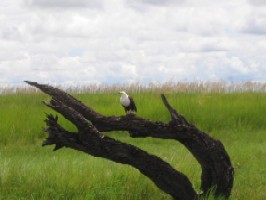 A majestic eagle looking for an afternoon snack 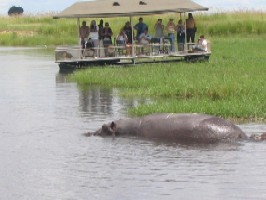