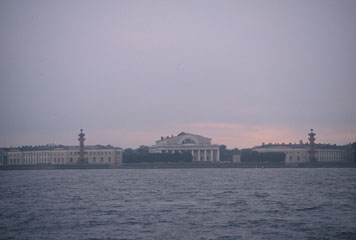 St. Petersburg - The Spit and Rostral Columns. These two columns standing on the Strelka ("spit") of Vasilyevsky Island are as much a symbol of St. Petersburg as the open arches of Palace Bridge, the dome of St. Isaac's Cathedral, or the spires of the Admiralty and the Ss. Peter and Paul Cathedral. For over two centuries, they have formed an integral part of the city's central panorama over the River Neva, and are particularly impressive on major public holidays, when torches are lit on top of them. 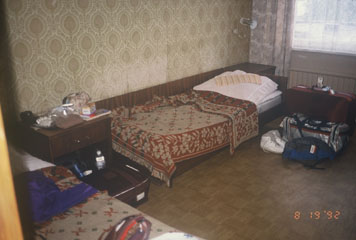 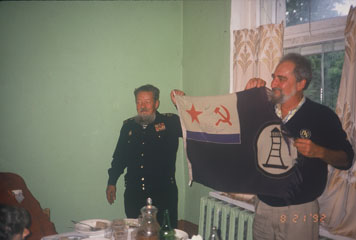 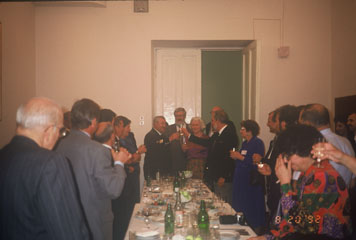 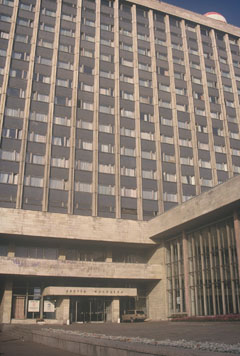 Youth Palace in St. Petersburg - Our Home Base 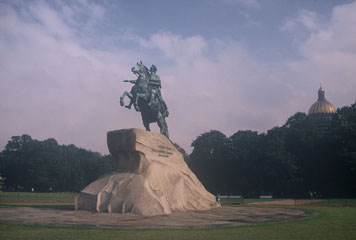 Wayne and Ted in Palace Square 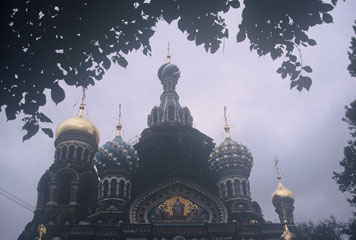 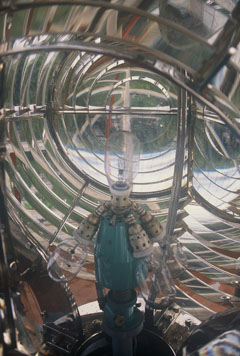 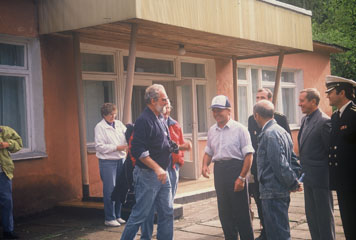 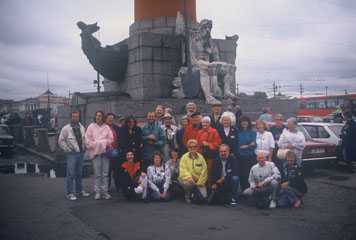 Group Photo at Rostral Column
At the base of the columns sit statues of four allegorical figures supposed to represent four of Russia's major rivers - the Volga and Dnieper at the northern column, and the Neva and Volkhov at the southern column. The figure of the Dnieper was sculpted by Jozef Camberlein of Antwerp, while the other three sculptures were by Jacques Thibault, assisted by the famous Russian serf sculptor, Samson Sukhanov. De Thomon's massive 32-meter-high Doric columns are decorated with sculptures of naiads, sea creatures and anchors. The large bowls at the top of the columns were originally designed to hold hemp oil for burning. Later, electric lamps were installed as beacons, but this soon became too expensive. In 1957, the Rostral Columns were connected to the gas supply and now, on holidays such as the City Anniversary, Victory Day and New Year, the columns are topped with seven-meter-high tongues of flame. 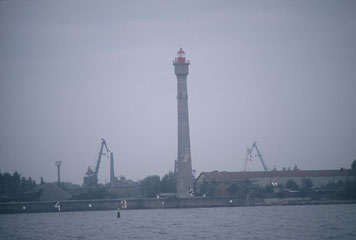 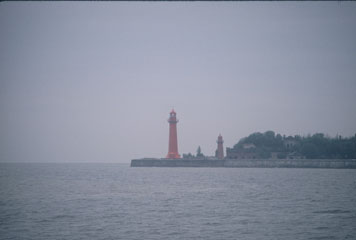 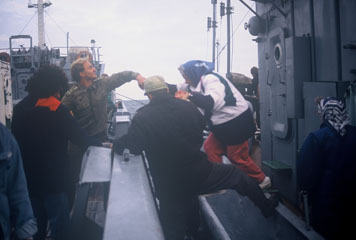 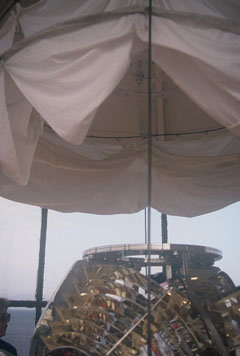 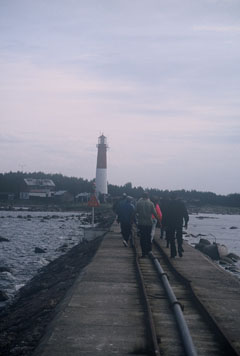 Walking the breakwater to Seskar Lighthouse 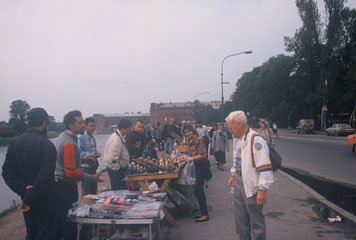 Society member Dick, wheeling and dealing with the street vendors in St. Petersburg 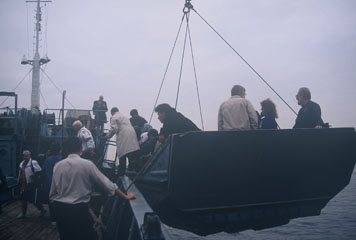 This is how we got to our Russian Navy Vessel 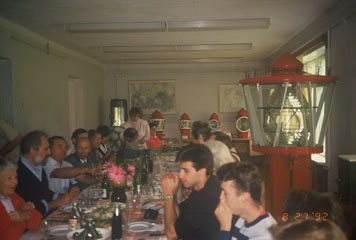 Lunch with locals at Stirsudden Lighthouse 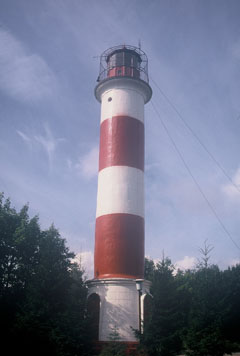