The Mangin Mirror by Thomas Tag

In 1867, Sautter Lemonnier and Co., a French lighthouse equipment manufacturer, developed the first spherical mirror specifically for use with the electric arc lamp. Their design was significantly improved in 1874 when Alphonse Mangin, a Colonel in the French Army, designed a new form of glass-spherical mirror where the reflecting material was deposited on the rear, or second surface, of a glass lens.  The front, or first surface, of this lens was ground to magnify the reflected light and to correct the spherical aberration of the second surface, producing the effect of a parabolic mirror. 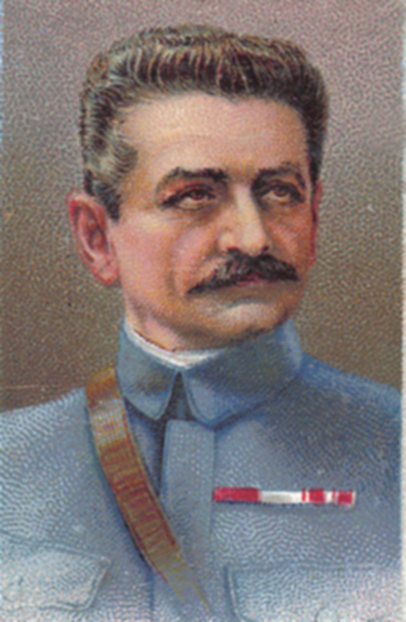 This lens-mirror hybrid is called a Mangin Mirror.  After 1876, Sautter Lemonnier and Co. became one of the major producers of Mangin Mirrors for use in searchlights and in lighthouses. 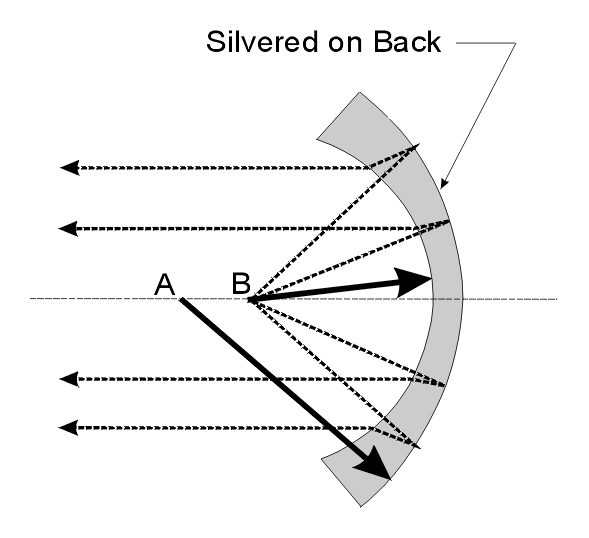 Design and Operation of a Mangin Mirror. (1874)

The Mangin Mirror is created by forming a glass lens with the curvature of the inside radius (point B) different, smaller, than the radius of the outside or back of the lens, (point A).  The lens is then made into a mirror by silvering the back surface.  Point B, serves as the focus of the Mangin Mirror. The rear surface reflects the light and the front surface refracts or bends the light. Mangin mirrors were used mostly in conjunction with electric-arc lamps.