The Lantern by Wayne Wheeler

Certainly the most important aspect of the lighthouse to the mariner is the light that emanates from the tower. Many people have remarked “oh what a beautiful light!” (when they meant tower or lighthouse), sometimes people say that such and such a station has a beautiful light made in France (when they are really talking about the lens). As long as we are going to discuss lighthouses, lets use the correct terms.

The lantern is that portion of the top of a lighthouse tower that encloses the lens. Often the lantern (in the old days it was called a Lanthorn) is a metal and glass room that surmounts a brick, masonry or wooden tower. It was constructed by a manufacturer and transported, in sections, to the site of the lighthouse where it was assembled on the top of the finished tower. 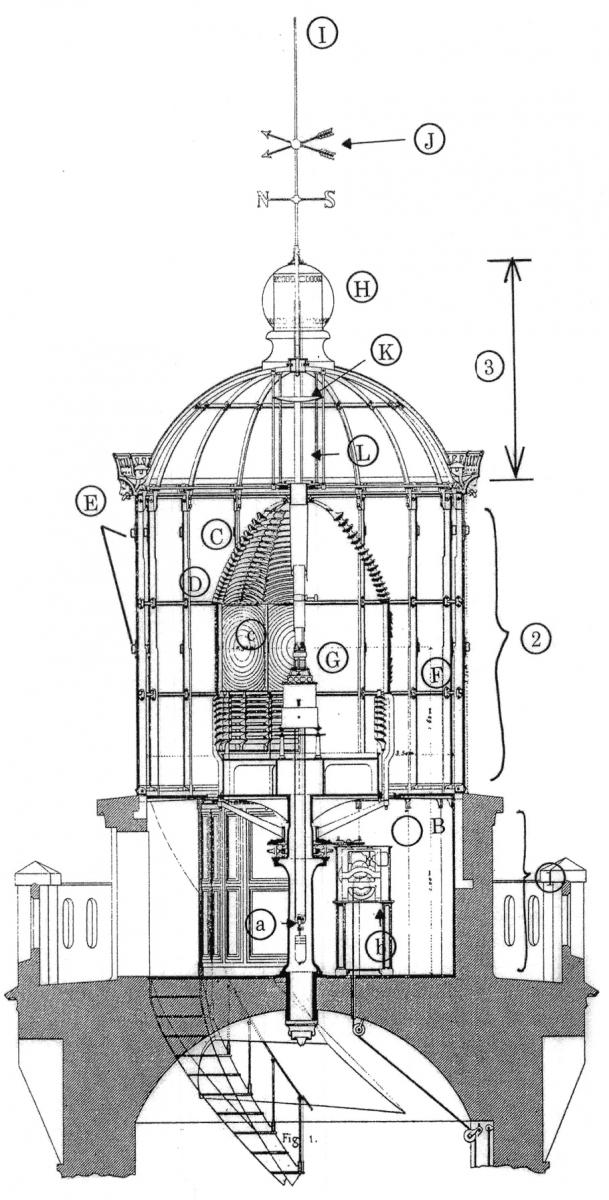 The lantern is comprised of three parts (1) the lower Service Room, which is the location of the clockworks (for rotating optics), fuel tanks (A) for an IOV type lamp, and vents (B). It was in the Service Room that the keeper cleaned the lamp chimneys and prepared the lamp for the coming night. The next part of the lantern might be called the Optic area – this is the area surrounded by glass windows called storm panes (C). The storm panes are set in metal frames. The vertical and horizontal members are called astragals (D). Sometimes, more often in British lighthouses, the astragals were diagonal. Hand holds (E) were installed on the exterior side of the astragals for the keeper to grip while standing on a ladder cleaning the exterior sides of the storm panes. The interior portion of the horizontal part of the frame (F) was concave to catch any condensation that formed on the interior face of the lantern panes. The Optic area also contained the heart of the lighthouse, the optic or lens. For many, many years the “optic” section was open to the elements (no glass storm panes) and was the area where an open fire burned.

At the end of the 17th century the lantern was enclosed with glass and candelabras were installed as the “optic”. Then, in the 18th century banks of parabolic reflectors with lamps fitted with hollow wicks were the primary source of light. Finally, in 1820 the Fresnel lens was invented, which was powered by a single source of light the Lamp (G). Lamps were of many designs, single or multi-wick Oil Lamps, Incandescent Oil Vapor (I.O.V.) Lamps, and later Electric Arc Lamps or Light bulbs.

Oil Lamps first used Whale Oil, however, when the price of this fuel skyrocketed in the 1850’s European countries turned to Colza oil (from the wild cabbage). The United States changed over to lard oil and then (in the 1870’s) to kerosene. Eventually the oil lamp was replaced by the electric lamp, generally using a 500 or 1,000-watt bulb.

The final section of the lantern is the Dome (3). The dome is made of metal and is usually copper clad. It is surmounted by a vent ball (H) through which air can pass. The vent ball is topped by a lightening rod (I) and usually a wind vane (J) to improve the airflow out of the lantern and to assist the keeper in discerning the wind direction, which will help him position the wall vents (B). In the interior of the dome, beneath the top, is a large concave dish (K) surrounding the vent tube (L). This “dish” catches condensation that forms in the top of the lantern and helps to guide the airflow up to the vent ball.

The optic consists of the pedestal (a) clockworks (b) and Lens (c).

The keeper was instructed to wear a linen smock so that the “rough” wool of his uniform wouldn’t scratch the optic or lens. He was required to clean the interior and exterior of the lantern panes, clean the optic with spirits of wine (alcohol) and once a year polish the lens with rouge. The keeper also cleaned the chimney of the lamp, always making sure that spare clean lamps and chimneys were on hand (usually two). The clock weight was wound up and the clockworks cleaned and oiled (if needed). All preparations for the coming evening were to be completed by 10:00 a.m.

In the evening the keeper would ascend to the lantern and check the wind direction. Then he would adjust the vents (B) to allow just enough draft into the lantern. The entering draft would rise along the interior sides of the lantern panes (keeping them from “fogging”) to the top of the lantern.

The wind passing horizontally through the ball vent (H) would create a vacuum, which pulled the draft up to the top of the lantern. It also created a draft in the vent tube (L), which sucked the fumes from the oil-burning lamp up the vent tube to the ball and out of the lantern. The vent tube was metal and was directly clamped to the glass chimney of the lamp.

During the course of the evening, the keeper on watch was required to wind the clockwork weights at least once and trim the wicks of the lamp as necessary. He was also required to adjust the vents so that a proper draft was present at all times. Often the lamp chimney also needed cleaning.

The balconies surrounding the lantern room are called galleries. The interiors of American lanterns were painted white although sometimes the lower service room portion was finished in natural or stained wood. The exterior of the lantern was usually black although some white, red, or green lanterns did exist.

Keeper Tools Used in the Lantern

Each morning the keeper (on duty) was required to accomplish numerous cleaning tasks in the tower and lantern. Among the vast list of instructions and supplies were a list of brushes. Different brushes were designated and provided for different portions of the lantern.

Sweeping the floor and stairs of the interior of the lantern.

Sweeping the platform and cage of the stairs of the tower.

Dusting the optic, glass of the lantern (storm panes), frame of the rollers (chariot wheels) and cage of the optic.

Applying polishing rouge on the prisms of the optic and silvered reflectors (if any).

Cleaning lamps and utensils, to remove excess rouge and to clean revolving machinery of brass or copper. Some of these brushes were for general use and for applying coal tar on ironwork.

A half round brush with a 10 to 15 inch handle. Used to clean the lantern frame, interior walls and the last four or five steps in the lantern room.

For painting the iron of the lantern.

Wire-stemmed bottlebrushes for cleaning the glass chimneys of the lamps and lamp burner.

Some Examples of Various Lantern Styles 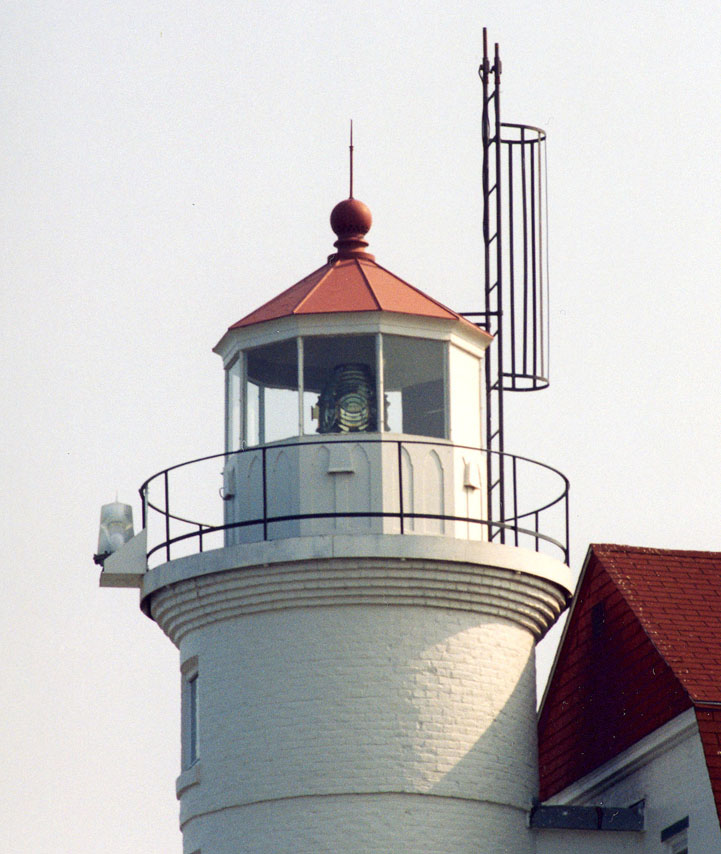 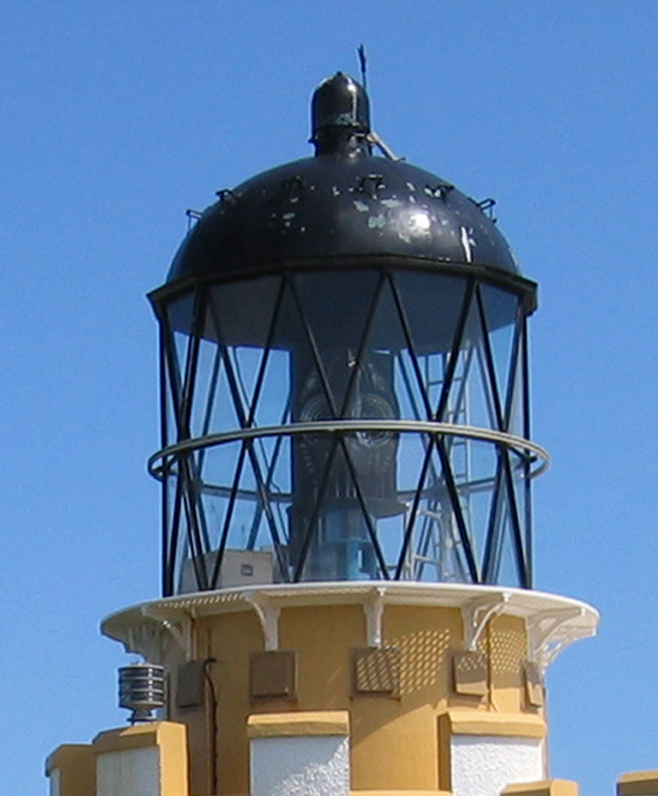 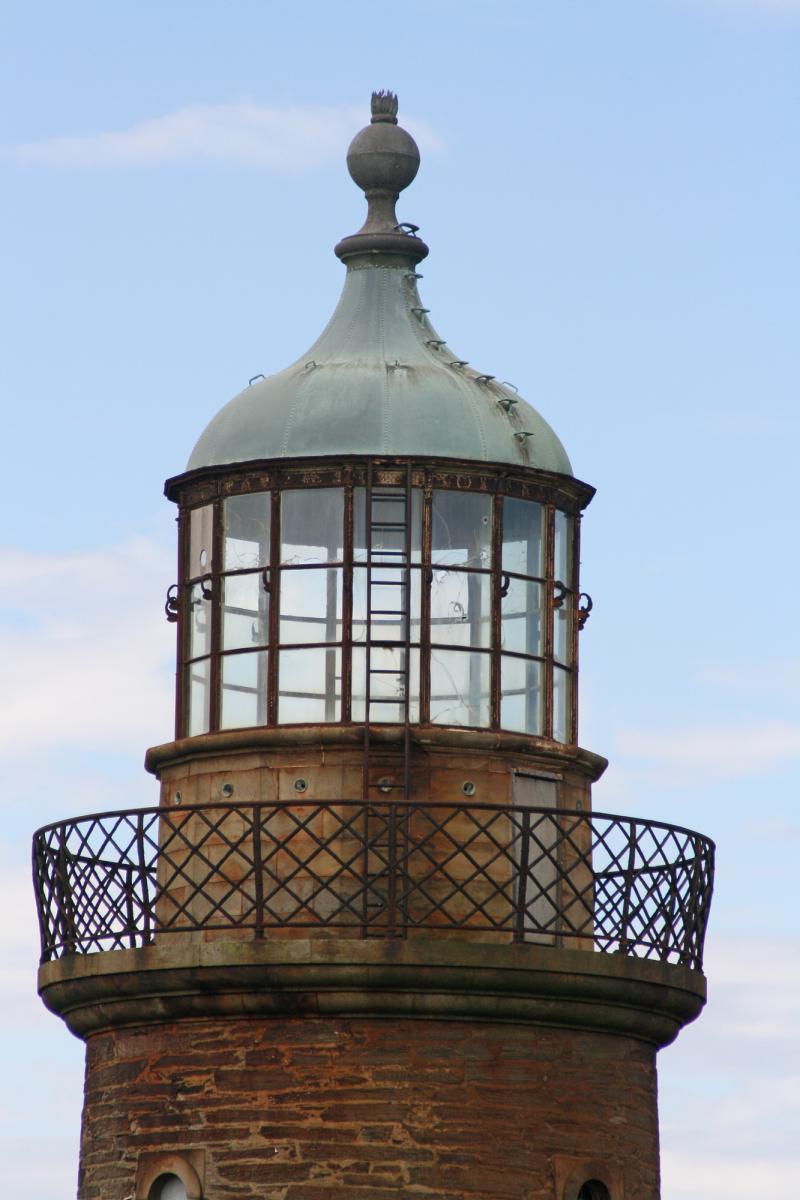 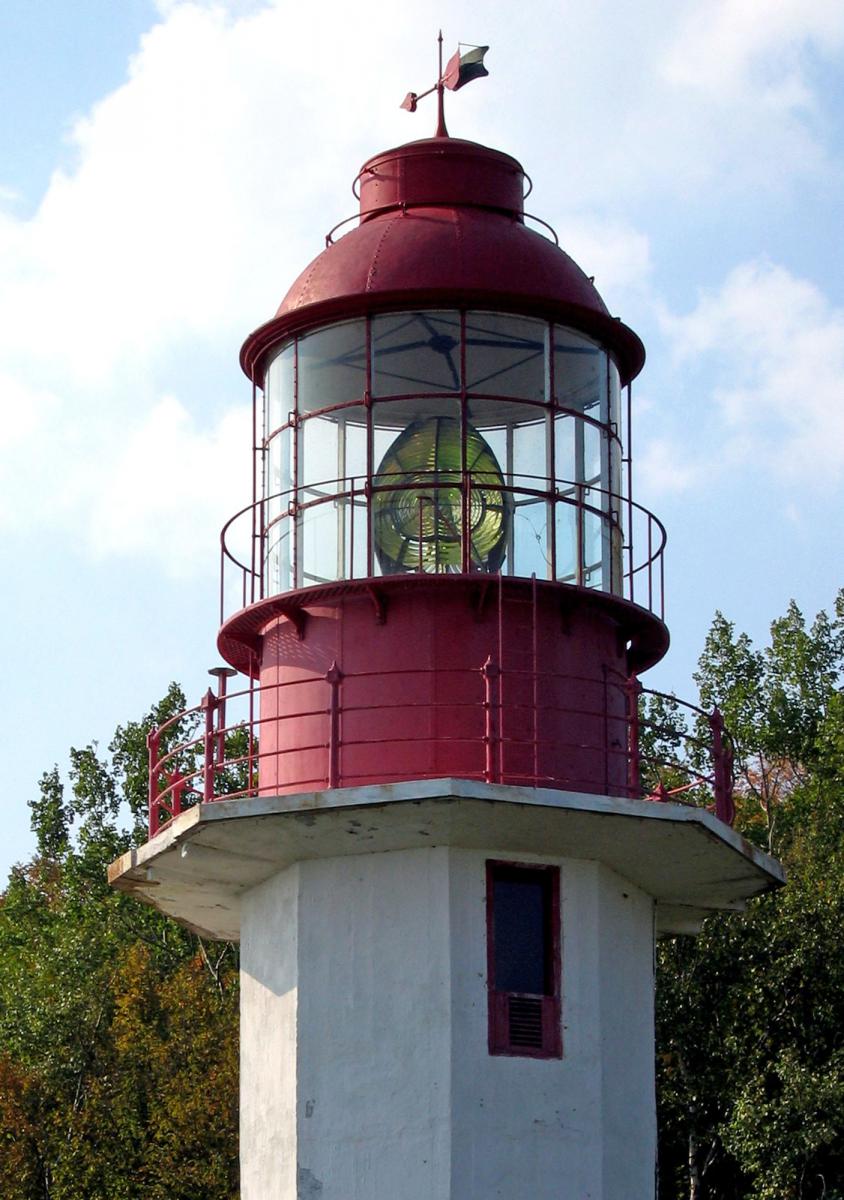 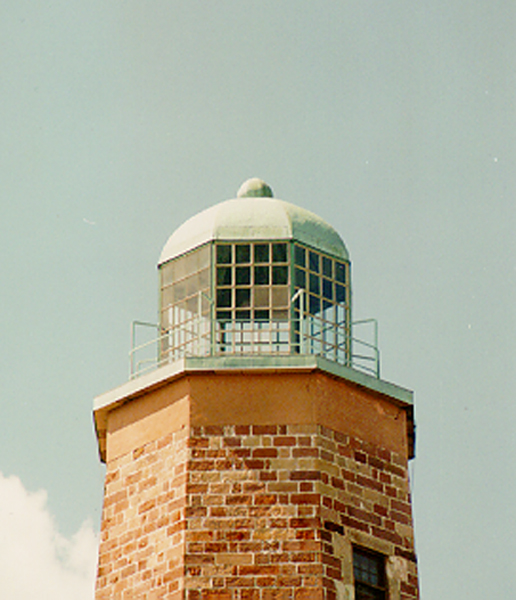 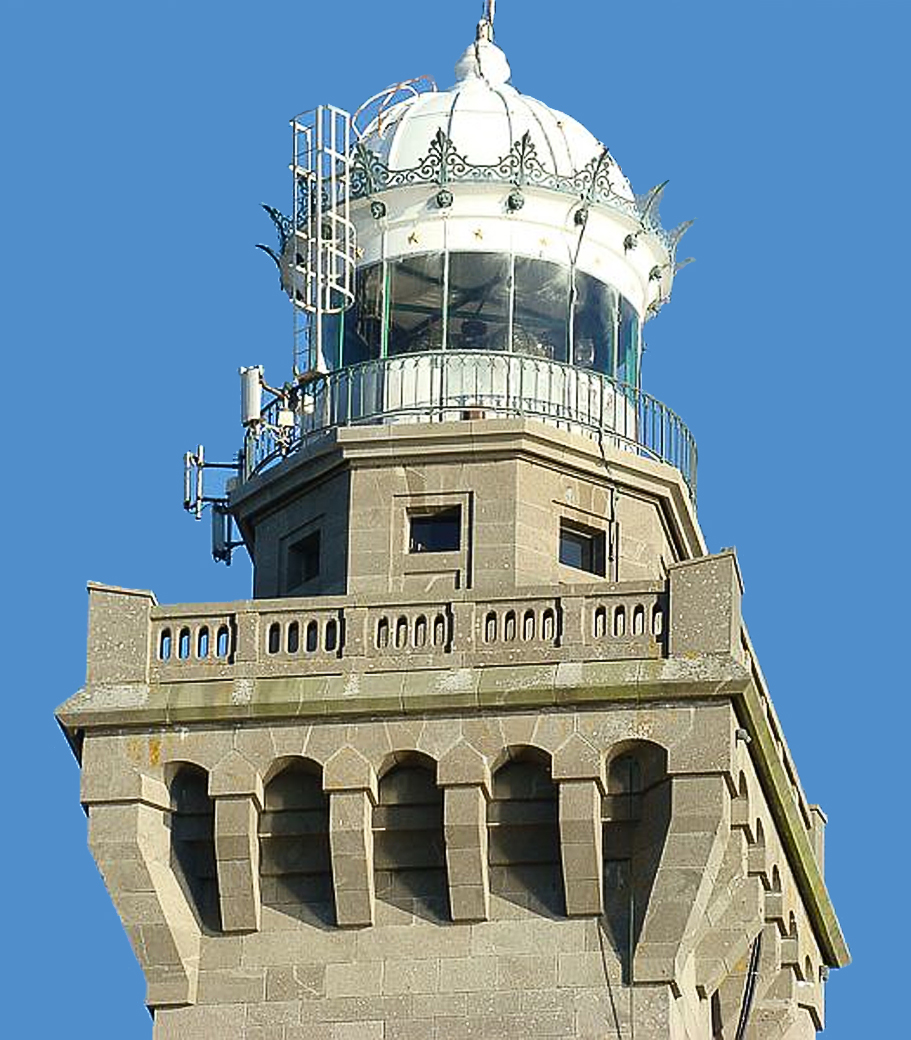 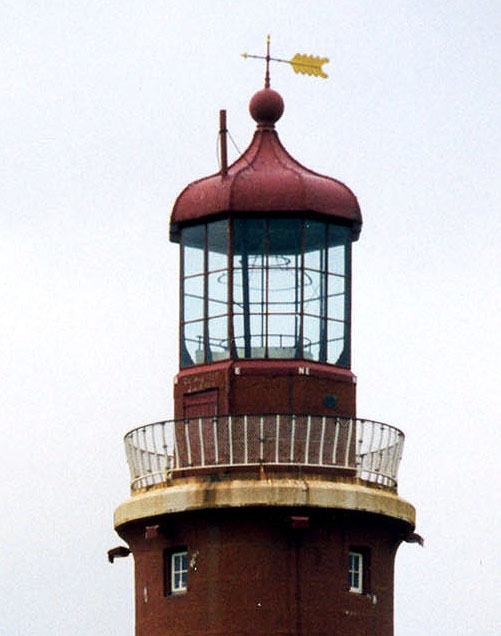 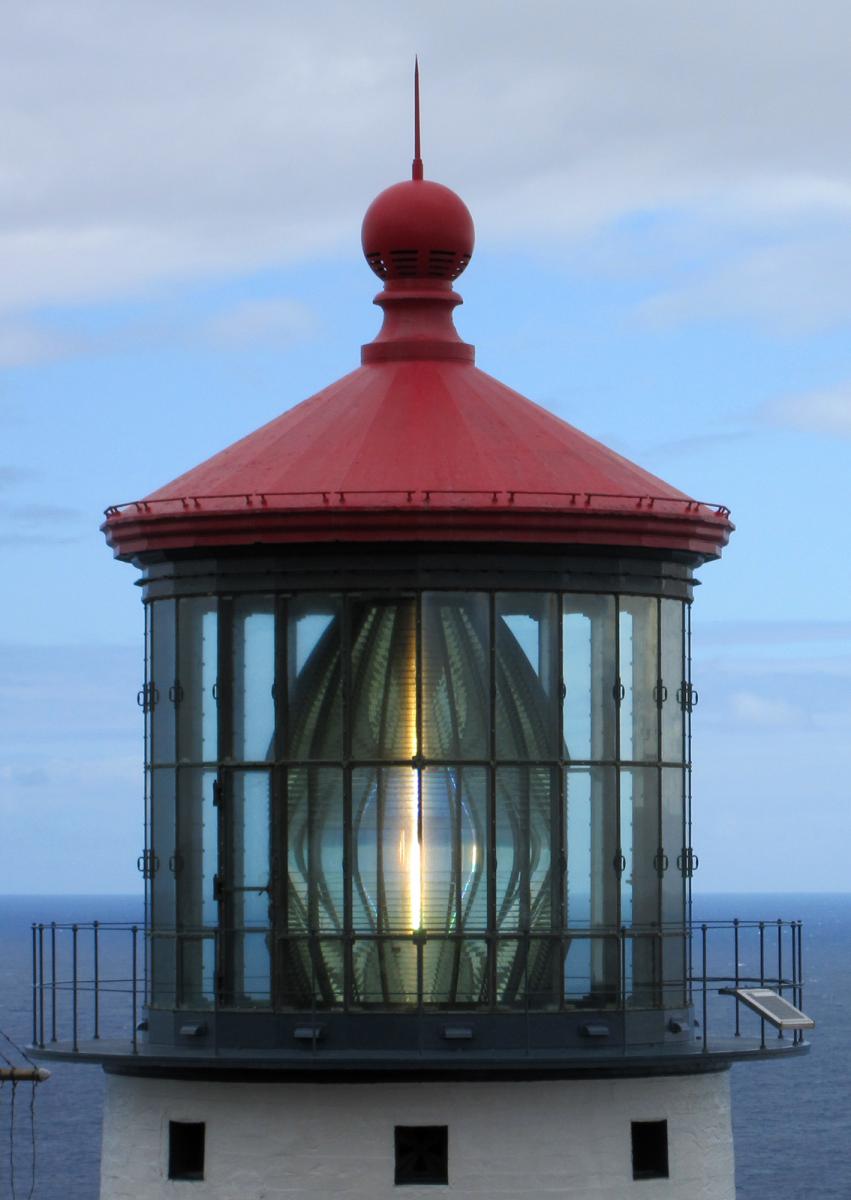 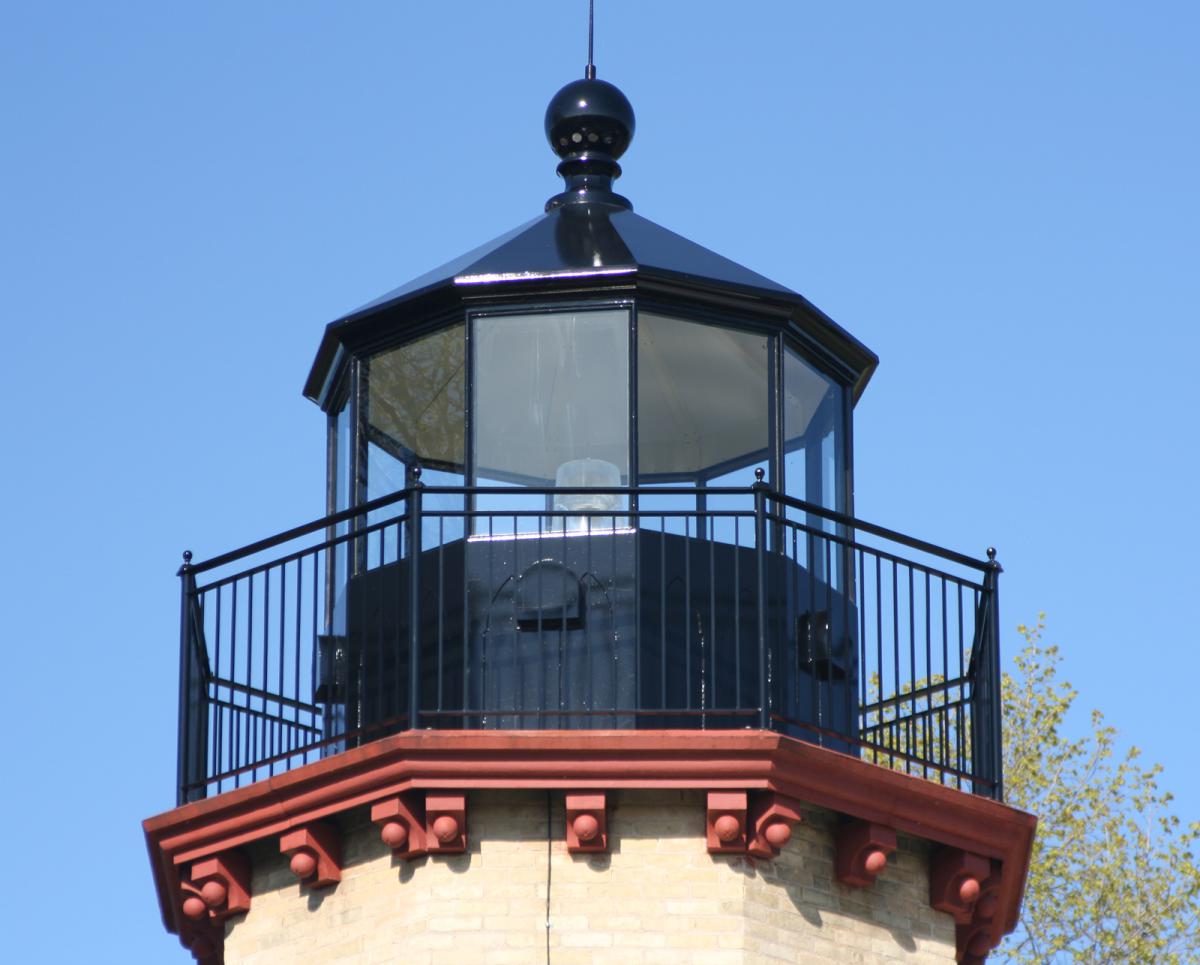 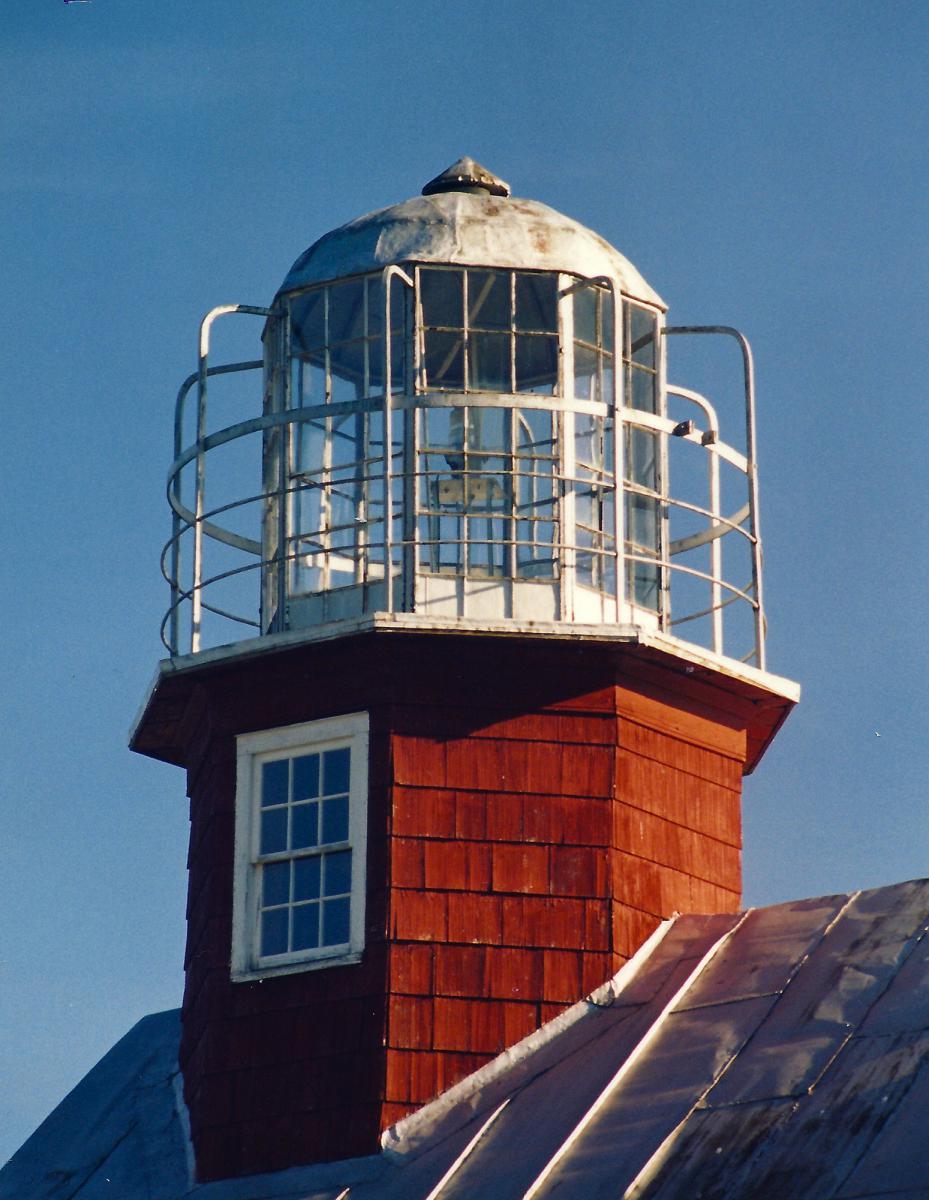