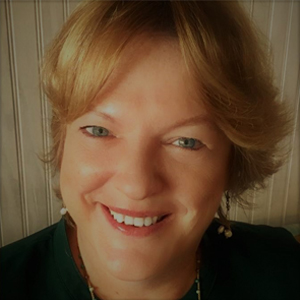 Kathy A. Fleming is Executive Director of the St. Augustine Lighthouse & Maritime Museum, a post she has held for 25+ years. She offers senior leadership of a maritime museum, marine archaeological research program, and an active, private aid-to-navigation. Kathy has been married to Andy Fleming for the past 30 years. They are the proud parents of Phoebe, an economist, and her twin brothers, Jack and Zeke, who are about to be Seniors at UF and FSU, respectively.

In 1999, Fleming helped found the St. Augustine Lighthouse Archaeological Maritime Program (LAMP) to investigate shipwrecks in waters of the Nation's Oldest Port (sm). Today, LAMP employs seven scientists and holds an annual field-school for university students across the US.

Overall, Fleming employs a staff of 49 people. The Museum has a 310-member cadre of volunteers. Together the team maintains six historic buildings and runs the St. Augustine Lighthouse Gift Shop making over a million dollars annually. With a mission to "discover, preserve, present, and keep alive the stories of the Nation's Oldest Port; the team invests in heritage tourism, protects 19,000+ artifacts and archaeological specimens, publishes original research, and runs a small café named the Tin Pickle. Their most current project is the study of St. Augustine's WWII heritage. Volunteers build historic small craft boats while staffers operate a for-profit wholesale company as well as two non-profit corporations. The St. Augustine Lighthouse & Maritime Museum, Inc. is a non-profit private institution. In 2017 the Museum received accreditation by the American Alliance of Museums in Washington, DC. It is one of only 3% of American Museums to be so honored by the standard-bearer for the Museum profession. The Museum has 216,000 annual visitors and over 3000 museum members.