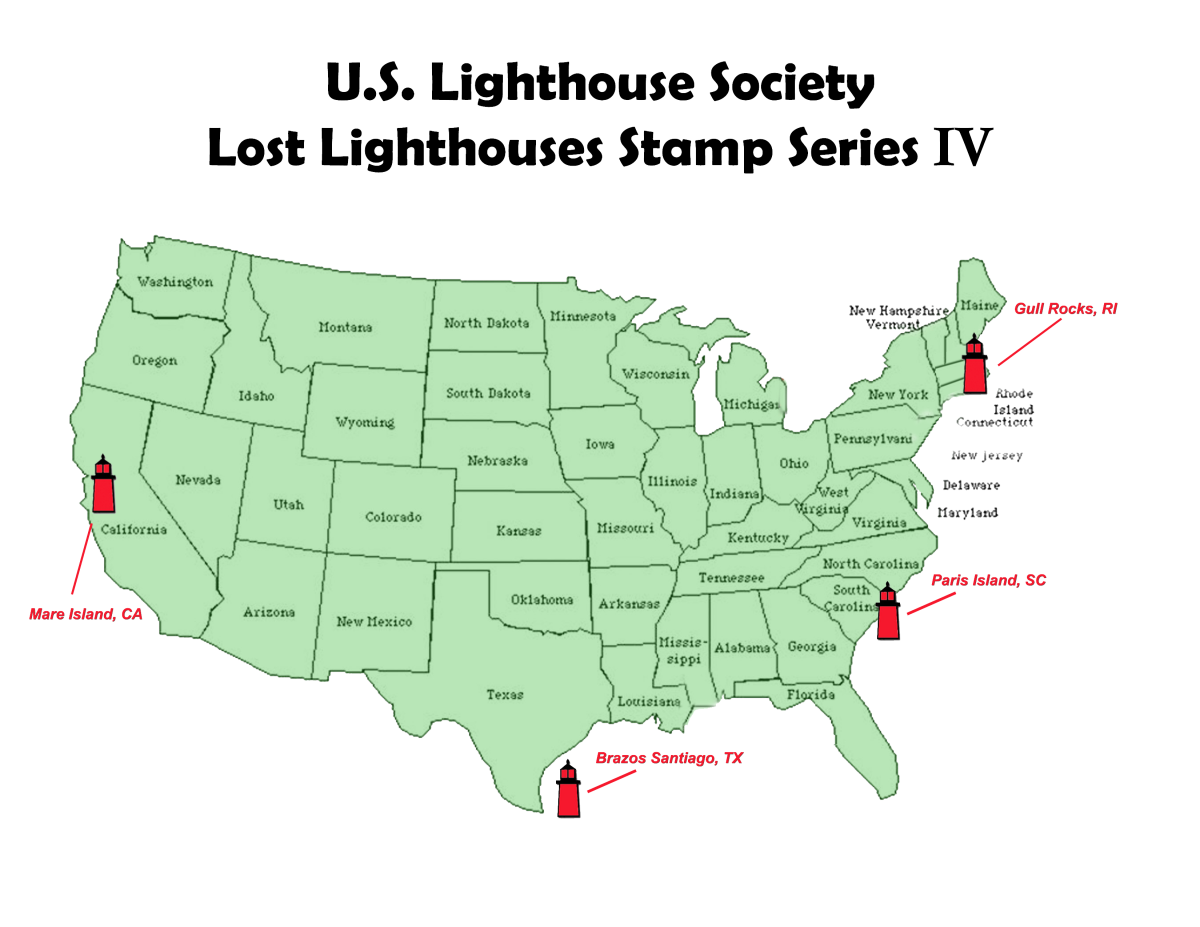 The USLHS Passport Program continues to celebrate lighthouses and their ongoing preservation with Series IV featuring our 4th set of Lost Lighthouses. We are happy to introduce you to four more of these important lighthouses that were critical to our maritime history, and although they are lost to time, they are not forgotten.

The Texas port of Brazos Santiago was located on Brazos Island across the Brazos Santiago Pass from South Padre Island.  Goods destined for ports up the Rio Grande were often offloaded here because bars at the mouth of the river were too shallow for ships to allow access upstream.
A full description for this lighthouse is included with your stamps.

Gull Rocks poses a danger to ships on the east passage of Narragansett Bay north of Rose Island.  In 1887 a light was constructed on the east side of what is now the Newport Bridge.  The $10,000 structure was unique in that it was an A-frame house without a tower or lantern room.  A lamp hung on either gable, red on one end and white on the other.  The lamps travelled on rails through windows at the east and west peaks of the roof.
A full description for this lightship is included with your stamps.

Mare Island Lighthouse was located at the southern end of the island near the entrance to Carquinez Strait, California. First lit with a fifth order lens in 1873, the lighthouse design was very similar to other California lighthouses located at East Brother Island, Point Hueneme and Point Fermin.
A full description for this lighthouse is included with your stamps.

In 1881, a set of range lights were lit on Parris Island, South Carolina to guide ships coming into Port Royal Sound.   The 45-foot tall wooden tower front light was located on the southeastern tip of the island and, to allow for shifts in the channel, it was moveable.  The rear range light, a 132 foot tall triangular skeletal tower, was the first of its kind.
A full description for this lighthouse is included with your stamps.