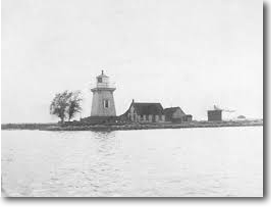 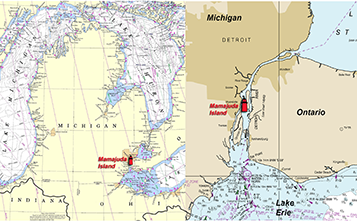 Mamajuda Island, which was on the northeast end of Grosse Ile near Point Hennepin, exists today solely in photographs from a distant era, as constant erosion from a less than sturdy base composition caused the island to virtually disappear underwater over the years.

The light station was established in 1849 and rebuilt in 1866. The erosion caused the lighthouse to topple over by 1950, and the island itself, save for a few boulders that appear during times of low water levels, became virtually uncharted by 1960.