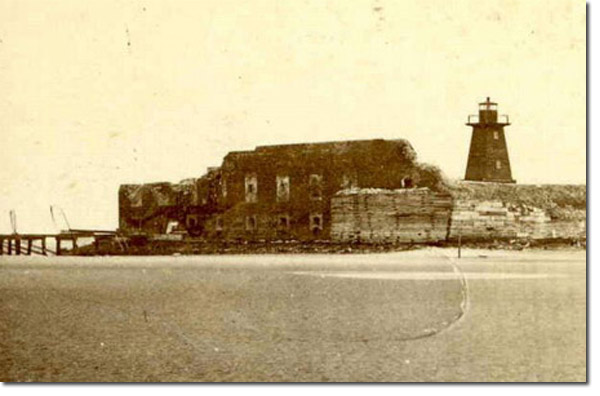 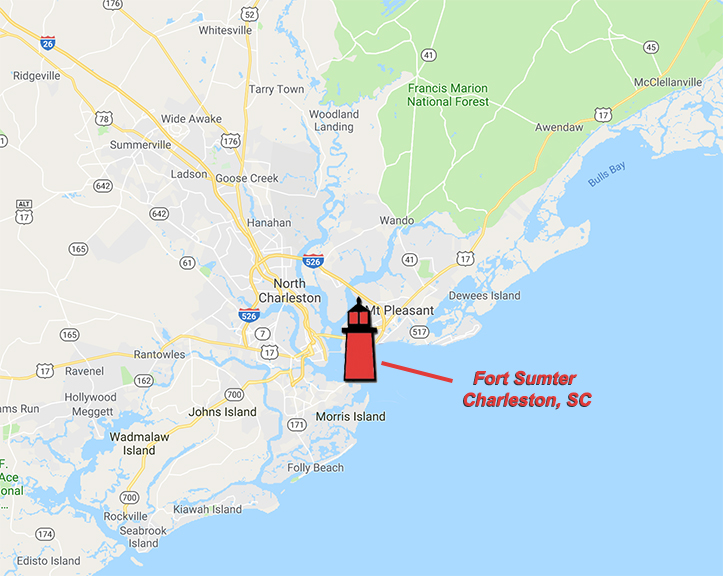 In 1856, the light at Fort Sumter was activated for the first time. For the next 100 years, 6 more lights would mark Fort Sumter to guide ships into Charleston Harbor.

The first lighthouse at Fort Sumter consisted of a 5th order lens and lantern placed on top of the fort’s stairwell. Operating for only 4 years, the little light fell victim to the violence of the Civil War, and was completely destroyed by the Union as it attempted to recapture the fort. Right after the war ended in 1865, a temporary wooden structure with a lens lantern was quickly erected. In 1866, a permanent wooden lighthouse with a 5th order lens replaced it.

In 1893, a hurricane ravaged the city of Charleston, damaging numerous buildings and completely demolishing the lighthouse, but it was quickly rebuilt the same year. At the same time, Fort Sumter became the front light in a range formed with the steeple of St. Phillip’s Church, located in Charleston. The front light was moved in 1906 and later in 1915. Today Charleston Harbor is marked by a variety of small lights, none of which exist on Fort Sumter.