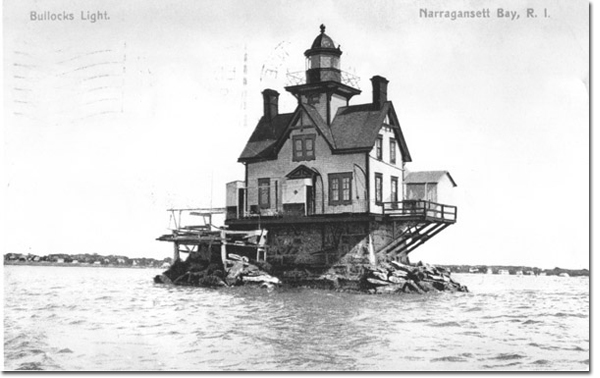 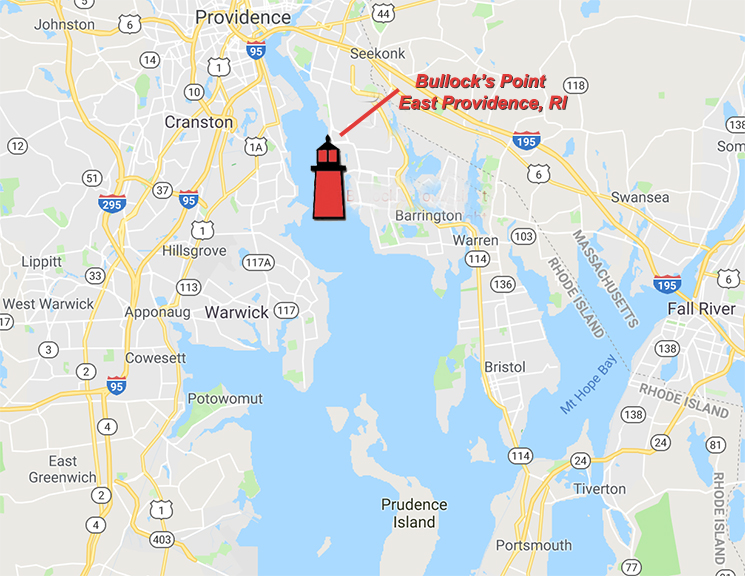 Bullock’s Point Lighthouse, sitting in the treacherous shoals of the Providence River, had always been an important navigational aid for the numerous ships that sailed in and out of Providence, Rhode Island. Built in an elegant Victorian style and equipped with a sixth order Fresnel lens, the quaint wooden lighthouse appeared out of place, perched precariously above a granite pier right in the middle of the bay. The lighthouse, with its fixed red light, shined for only 62 years.

On September 21, 1938, a cataclysmic hurricane struck southern New England. Creating vast amounts of damage to the walls and the foundation of the building, the storm signaled the end of Bullock’s Point Lighthouse. A few years later, the lighthouse was decommissioned and a few years after that, the lighthouse was finally demolished. Currently a small post light marks the concrete crib on which the lighthouse once stood.