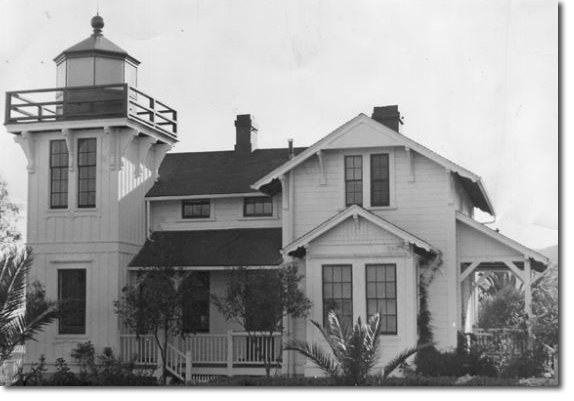 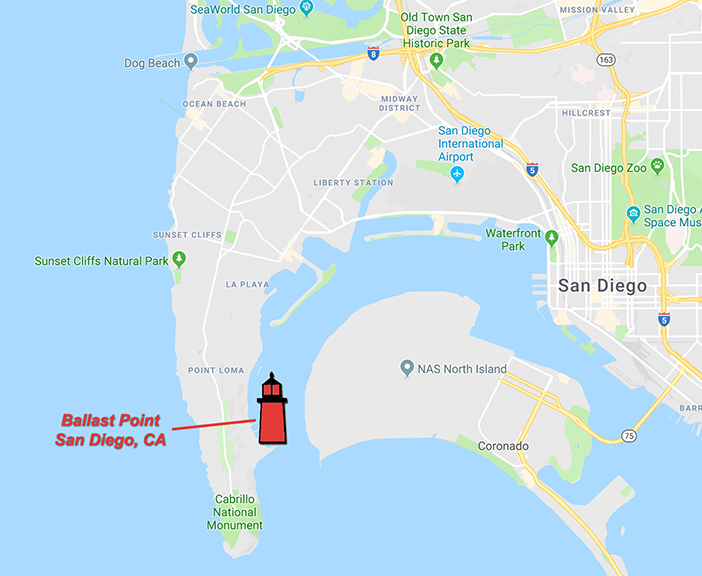 The Point Loma lighthouse, built atop a lofty bluff in 1855, was the first of three lighthouses to be built in San Diego. Though the structure proved to be lasting and stable, mariners complained that the light was often unreliable. Because of its high elevation, fog would often obscure the light, leading to danger for ships entering San Diego Bay. To better serve them, two new lighthouses were built in the 1890’s, a new Point Loma lighthouse located closer to sea level and a brand new lighthouse at Ballast Point, the narrow entrance of San Diego Bay.

Constructed in the Victorian stick style popular at the time, Ballast Point was nearly identical to the lighthouses at Point San Luis and Table Bluff, located further up the California coast. In addition to the fifth order Fresnel lens located inside the lighthouse, keepers at Ballast Point had to maintain fog signals, buoys, and a number of small lights located around the bay.

By 1960, the Coast Guard tore down the keeper’s houses, leaving the lighthouse tower alone. They later determined that the lighthouse was unsafe, and also demolished it. The light was then placed at the top of the fog bell tower. Only a year later, this structure was also removed. Today a tiny post light marks Ballast Point.

The 1960’s did not destroy Ballast Point lighthouse completely. After the tower was torn down, the lantern room moved around San Diego County, finally settling outside the West Sea Company in Old Town (2495 Congress St), where you can view it today. The fog signal tower was also moved in 1961 after it was discontinued to a home in Lakeside California, where it remains.