Photos of Kids at Lighthouses 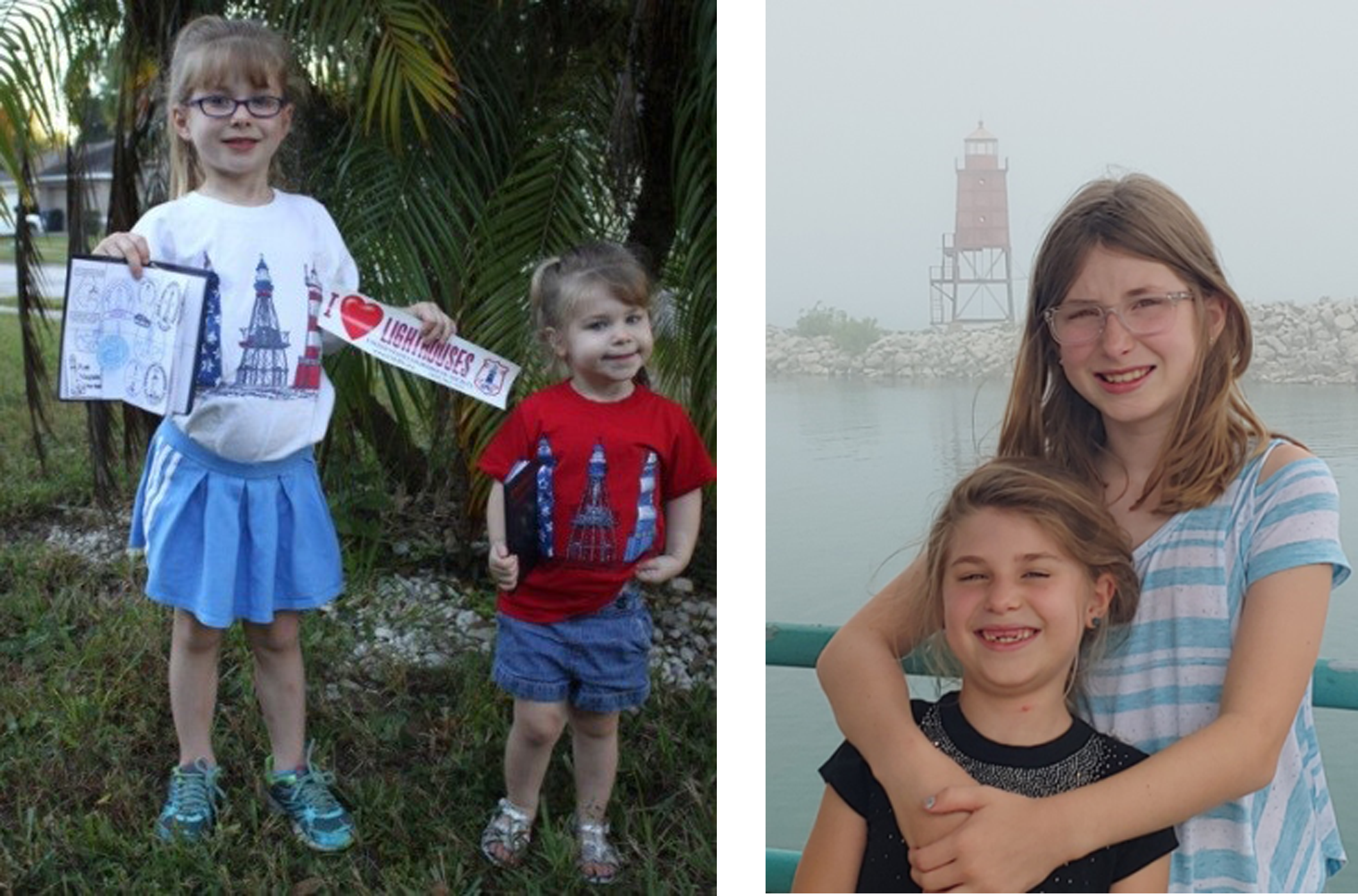 In our 2015 Holiday issue of Stamp Flashes we met Sierra and Kayla, when they first began collecting passport stamps. At that time Sierra, who was 5, had collected 17 stamps while her 2 year old sister had 13 stamps.  Sierra used her birthday money to buy her first passport and is shown here with her “I Love Lighthouses” sticker.  Note that they both are wearing lighthouse t-shirts.  Fast forward to 2021 and they now each have received their Silver Star patches and two flags representing a collection of 120 stamps.  We are thrilled to see that they have continued their family oriented lighthouse visits and look forward to receiving more of their completed passports.  These two young ladies are obviously lighthouse lovers and future supporters of lighthouse preservation.  Way to go Sierra & Kayla! 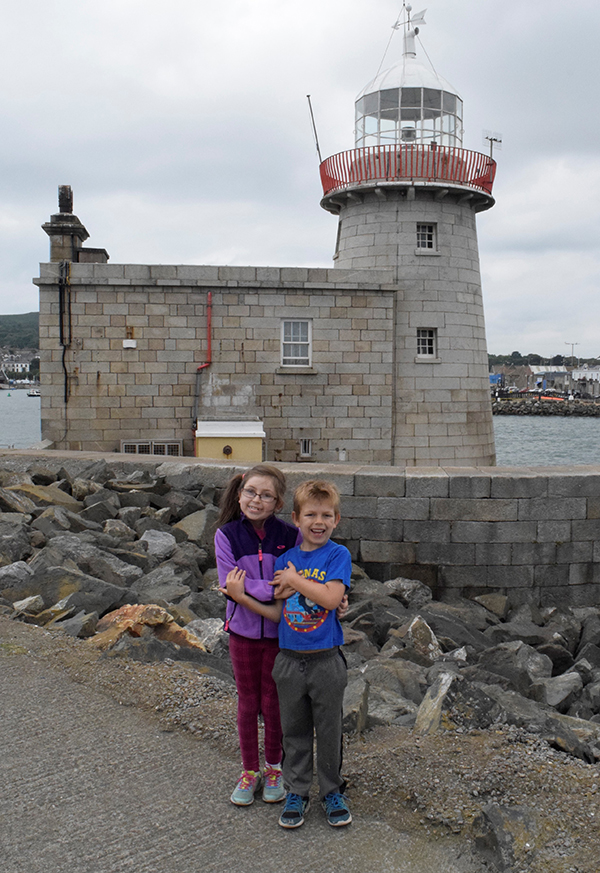 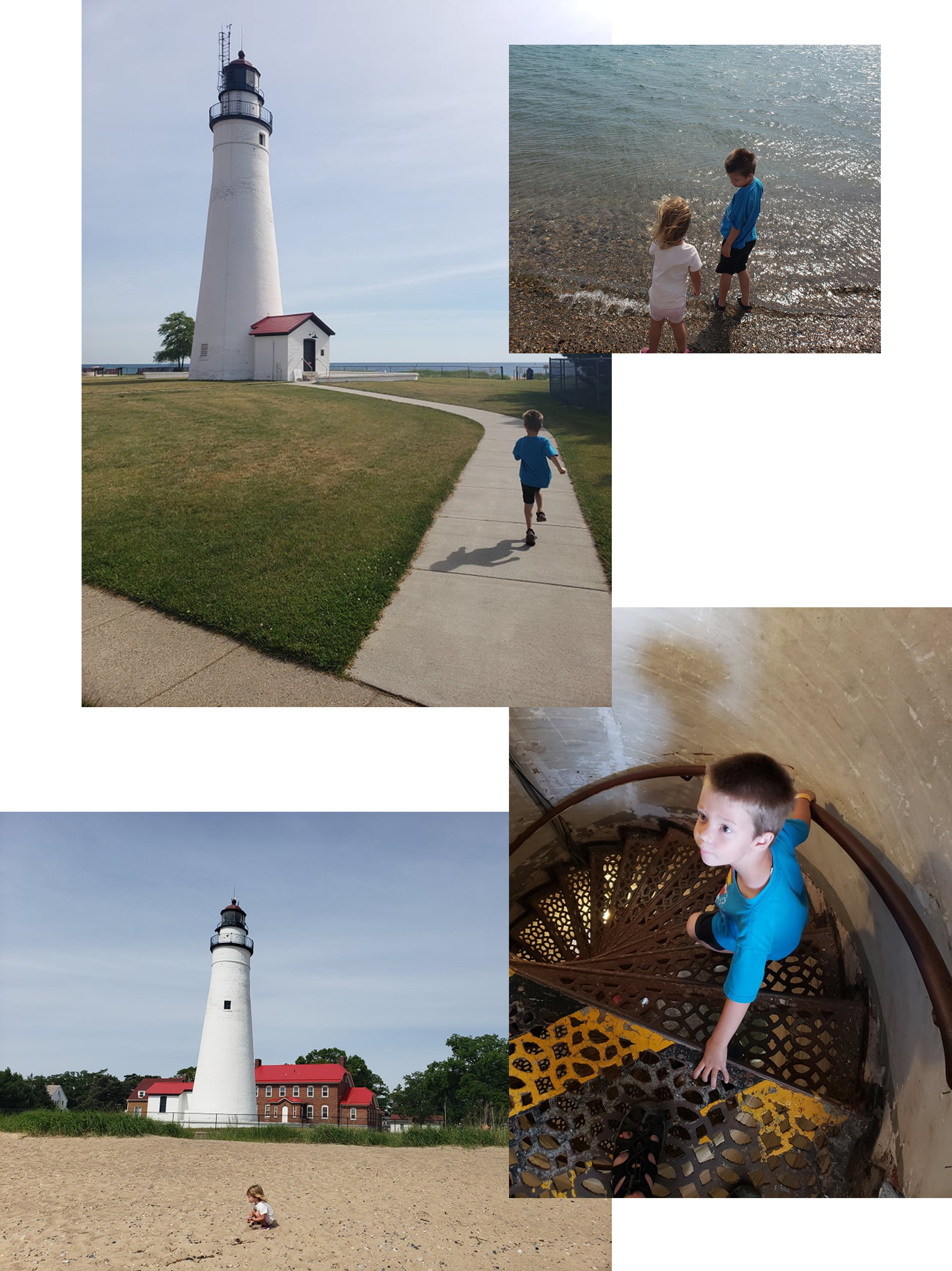