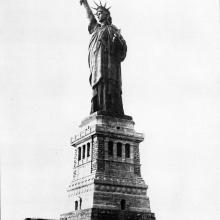 Her vital statistics and historical facts can be neatly recorded, but she defies classification. She is a late 19th-century engineering wonder; a monument of art; an architectural form; and she speaks eloquently - if silently - for the spirit of liberty. She stands in New York Harbor but belongs to the whole nation. Her essence combines the tangible with the intangible. She is the Statue of Liberty Enlightening the World. 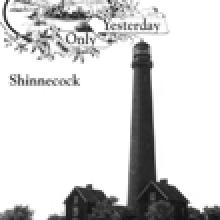 To assist vessels navigate the length of Long Island lighthouses were built at Montauk Point and Fire Island. However, this left a dark hole between the two stations, and in 1854 the Lighthouse Board successfully petitioned Congress to construct a station at Shinnecock, almost midway between the two. These three major seacost lights would ensure that the mariner always had at least one light in sight as he navigated along the south shore of Long Island. 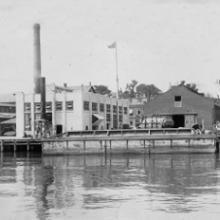 Over the past century and a half, a slice of lighthouse history on the Staten Island waterfront, just across New York Harbor from lower Manhattan, has seen its fortunes rise and fall. Now, it may again be on the rise—and back in the service of lighthouses. 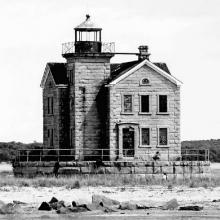 Perhaps no other light station on Long Island has experienced as many ups and downs as Cedar Island. From the glory of Sag Harbor’s whaling days and the laughter of many children, through erosion, storms, and abandonment, to the current struggle just to remain standing, this light station has had its share of good times, as well as bad. 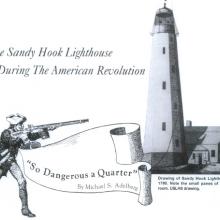 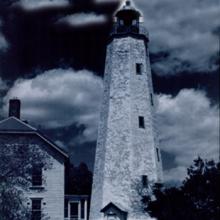 In the year 1764 an eight-year-old Mozart was entertaining the crowned heads of Europe, Beethoven would not be born for another six years, the signing of the Declaration of Independence was twelve years in the future, and America's oldest existing lighthouse was in its first year of operation. Although it was the fifth constructed in the colonies, it is the oldest surviving lighthouse in America. However, the origins of the lighthouse can be traced back to an earlier era. 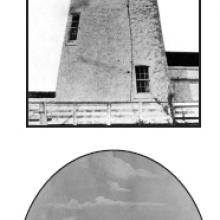 Since the U.S.Coast Guard left Straitsmouth Island Light Station in the 1930s, it has been owned by a number of private owners and by the 1960s had been totally abandoned. It has been on the dooms-day list of endangered lighthouses since that time. A joint effort by the Thacher Island Association, the town of Rockport, and the Massachusetts Audubon Society has been established to save this historic and iconic lighthouse station first established in 1834. 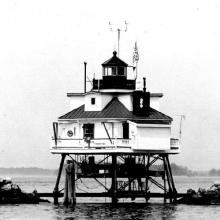 The Chesapeake Bay, at 180 miles in length, is one of the great protected waterways of the country. Because of its natural configuration it became the home of many of our earliest ports of call: Norfolk, Portsmouth, Annapolis, Baltimore and, farther up the Potomac, Alexandria and Washington. These were all bustling seaports early in the beginning of our nation. But for all its size, Chesapeake Bay is shallow in many areas, with limited deep water channels. The need for aids to navigation was evident early on. 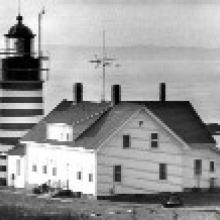 Established in 1808, the West Quoddy Light Station was the first and only station in the nation’s Light List (LL No. 1) until the St. Croix River station was completed in 1858. It is the easternmost light station in the country, one of only two red and white banded US towers, and among the first to be equipped with a bell fog signal and, later, a steam whistle. 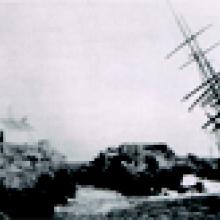 The name "Portland Head" predates by more than a century the name of the port city "Portland" which was known as "Falmouth Neck" prior to 1786. The headland, located in the agricutural, fishing and shipbuilding town of Cape Elizabeth, served as a natural lookout position. By the 1790's Portland had become America's sixth largest port, with its merchants gaining a large slice of the Atlantic carrying trade. Still, at the outset of this commercial boom, there were no lighthouses in all of Maine.