The Lighthouse of La Coruna - Spain 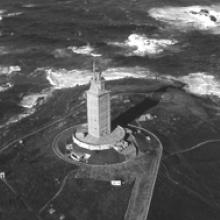 Each lighthouse has its own story, but there is one in particular, the Tower of Hercules at La Coruña in the region of Galicia on the northwestern coast of Spain, which owes its name to one of the most intriguing stories ever told.

The Lighthouse of Livorno - Tuscany 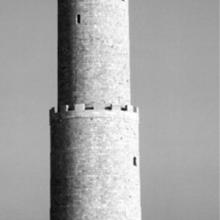 The Middle Ages are usually referred to as a dark period in history, but that it is not completely true. In those centuries the arts started to flourish, which led to the era of the Renaissance. Painting, poetry, architecture, and the beautiful Gothic cathedrals are examples of this era. Also, many lighthouses were erected along the coasts of Italy in the same era. 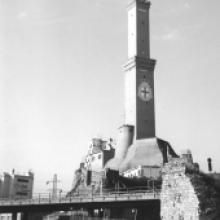 The origins of the lighthouse of Genoa are uncertain and half legendary, but some sources say the first tower was built around 1129 on a rock called Capo di Faro (Lighthouse Cape). By a decree called delle prestazioni (about services), responsibility for the light was entrusted to the surrounding inhabitants “Habent facere guardiam ad turrem capiti fari” which, in Latin, simply means “to keep the light on.”

The Lighthouses of the North Coast of Tuscany, Italy 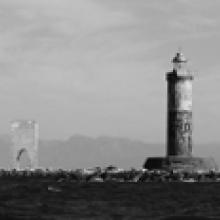 In 1861 Italy was finally unified and Tuscany became part of the Kingdom of Italy, ruled by King Emanuele II of Savoia. In 1863 the situation of the harbor-channel of Viareggio became of primary relevance again. There was still the problem of the sand shoals always moving; a sea storm was enough to close the entrance of the channel and of the harbor. 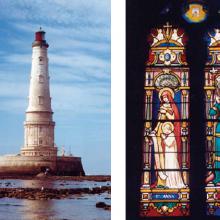 The most beautiful lighthouse in the world.
“The Gulf of Gascony, from Cordouan to Biarritz, is a sea of contradictions; an enigma of a strife and struggle. As it stretches southward it suddenly acquires an extraordinary depth and becomes an abyss in which the waters are swallowed up. An ingenious naturalist has compared it to a gigantic funnel, which abruptly absorbs all that pours into it. The flood, escaping from it under an awful pressure, [mounts] to a height of which our seas afford no other example.” — Jules Michelet; French historian (1798 -1874) 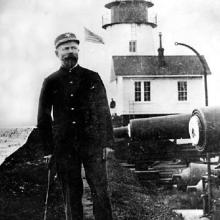 The Columbia River, 1,210 miles in length, is the second longest river in America. Twice a day a huge volume of water running to the sea encounters an incoming tide at the mouth of the river. This phenomenon, coupled with the wind and currents from the northwest, causes heavy surf and a dangerous bar situation. John Meares sighted Cape Rogue, as it was initially called, on July 6, 1788. Captain Meares tried to find an entrance to escape the high seas he was experiencing. 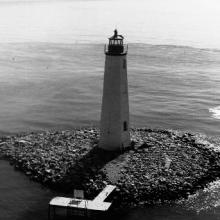 A lone tower surrounded by water and rip rap, the lighthouse at New Point Comfort has weathered a constantly shifting shoreline as well as occupation by enemy troops in two wars. That the tower has survived for nearly two centuries is truly remarkable. The tenth oldest intact lighthouse in our nation, it was once part of an onshore station first lit in 1805. 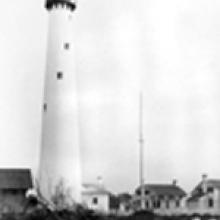 The town of Cape Charles was a busy seaport in the 19th century. On May 18, 1826, Congress appropriated $40,000 to construct a lighthouse on Smith Island, just off Cape Charles, VA. This island marks the northern side of the entrance into Chesapeake Bay. The light station was named Cape Charles. 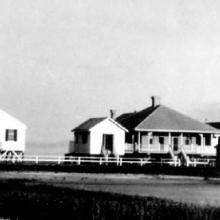 With the exception of the approaches to New Orleans, lighthouse construction along the Gulf Coast lagged behind other areas of the country and certainly didn’t keep pace with the increasing maritime trade in the area. 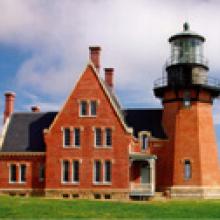 Block Island is situated twelve miles south of the mainland (Rhode Island) and about fifteen miles northeast of southern tip of Long Island. Block Island is roughly pear shaped on a north-south axis, with the "stem of the pear" consisting of a sandy spit (Sandy Point) and a submerged sand bar which extends over 1-1/2 miles to the north. Some 500 vessels have come to grief on this obstruction over the years.