Devils Island is the northernmost island on the western extremity of the Apostle Group With the opening of the first lock at Sault Ste. Marie in 1855, maritime traffic along Lake Superior’s south shore increased dramatically. The importance placed on this new station was evidenced by the fact that the plans called for it be outfitted with a flashing Third Order lens, an order of lens reserved for only the most critical aids to navigation on the Great Lakes. In fact, at that time only six Third Order stations were in operation in the entire Eleventh District, with four of them located on Lake Superior at Whitefish Point, Au Sable Point, Manitou and Outer Island, another of the 22 islands making up the Apostle Group. 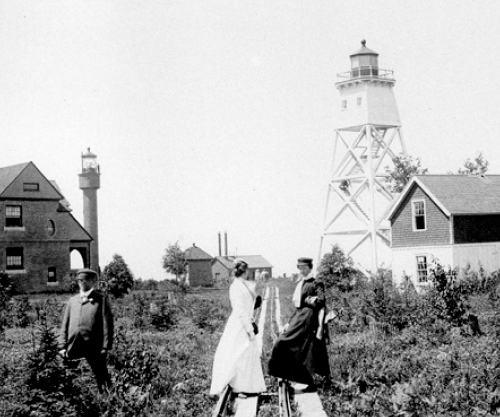