The first five photographs were taken during the winter of 1976-77 by U.S. Coast Guard lighthouse keeper Thomas E. Albert. This was the last winter of significant ice accumulation in the Chesapeake Bay and at this time is the only modern photographs that we have of ice at the lighthouse. Our thanks to Keeper Albert for sharing them:

The remaining four photographs were taken during the winter of 1976-77 by Randy Loftus of Annapolis. Randy was aboard the John C. Widener, a DNR ice breaker and delivered about 500 gallons of fresh water on the in the dead of winter to the 2 Coast Guardsmen that lived on it. Randy says that the winter was so cold that the water pipe that runs into Arundel on the Bay had burst. The Coasties gave Randy and his shipmates a “red carpet tour” of the light which he says he’ll never forget. 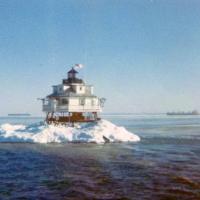 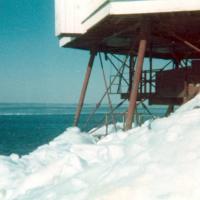 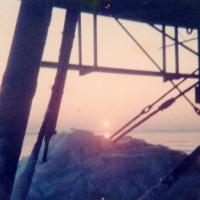 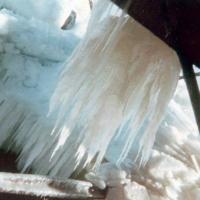 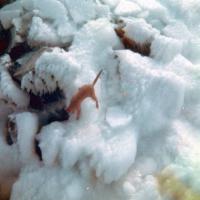 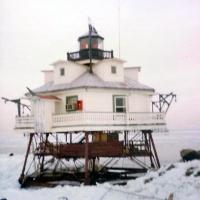 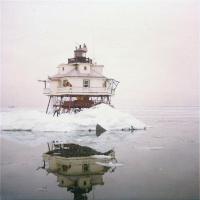 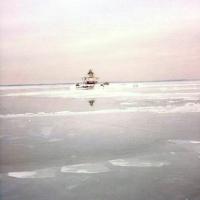 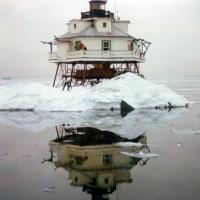