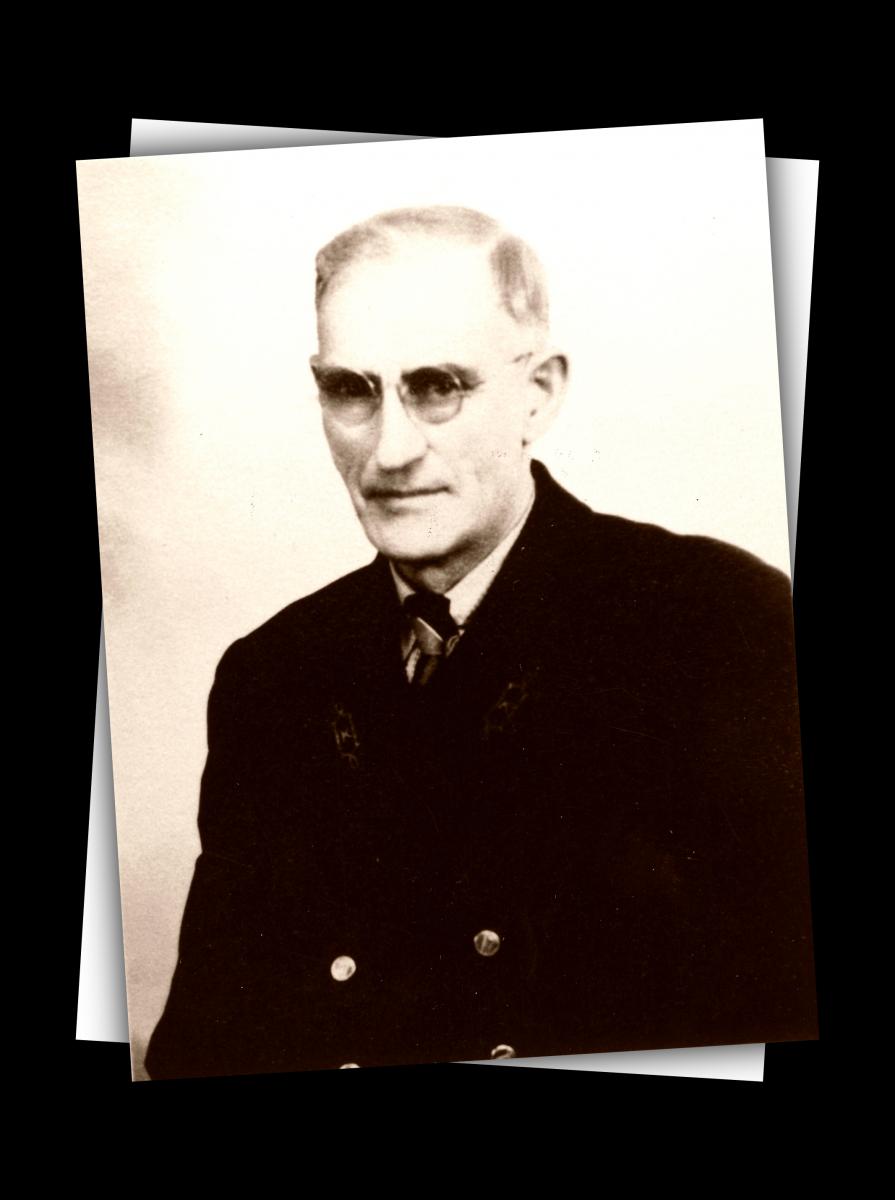 John S. Maggs, the first lighthouse keeper at the Point No Point Light Station, is arguably one of the more colorful — and accomplished — keepers in the history of the lighthouse.

Born in Pennsylvania in 1832, he mined in Calaveras County, Calif. from 1853-57, ranched in the Sacramento Valley in 1858, and in 1859 he had been a bachelor light-keeper stationed at the Cape Flattery Lighthouse. When his pay was cut, he quit the position and became a trader in Neah Bay at the Makah Indian Post; he was living in Neah Bay when he represented Clallam County in the territorial legislature from 1869-71.

Maggs returned to Pennsylvania in 1872 to study dentistry, married in October 1873, and two months later returned with his bride, the former Caroline Marshall, to Seattle where he opened a dentist’s office. They lived on a 27-acre farm on Lake Union.

John Maggs served as lighthouse keeper at Point No Point from 1879-1884, and acquired 25 adjacent acres, where he eventually built the little blue cottage we are now making available to you!

Log book entries show that John Maggs was very serious about his job as lighthouse keeper. This is illustrated at Point No Point in January 1880 just after the station was built. During one of the coldest and most violent winters on record, he made sure there was a light in the new tower even though the official optic/light had not arrived. He “displayed a light…by hanging a common hand lantern from the dome.” The official record written by Maggs states: “January 2, 1880 —very disagreeable for keepers to attend to it [the kerosene lantern] and keep it going, as the tower had to be ascended from the outside by a common lader. [sic]. January 4, 1880 —had to put canvas around outside of lantern to keep violent wind from blowing out light.” The bad weather continued well over a month.

Unfortunately Maggs’ lighthouse keeper assistants came and went, three within the first year, and his complaints about them riddle the logbook pages. On Dec. 6, 1880 he penned: “When I went out at 1 A.M. this morning, I found the tower locked and had to go to assistant Rogers house and wake him up to get the key…when I examined the lamps I found they had not been changed.”

Rogers soon was replaced by an assistant named Manning, who also failed to please Maggs. A few months later Maggs angrily wrote: “Assistant Manning’s family turned my horse out of the barn.” He underlined the entry, possibly to emphasize the graveness of the deed. The two men exchanged insults and toward the end of June Manning threatened Maggs with a knife, forcing Maggs from then on to carry a gun for safety. Manning was removed from the station by the inspector on June 29. A similar fate befell the next assistant.

John Maggs and his wife Caroline’s youngest child Mollie, was born at a neighbor’s home close to Point No Point a few months after the family arrived on July 21, 1880. Log books indicate that Maggs and his wife returned to the lighthouse many times between his departure as keeper in 1884 until his death on April. 8, 1894. He is interred at Lake View Cemetery in Seattle.